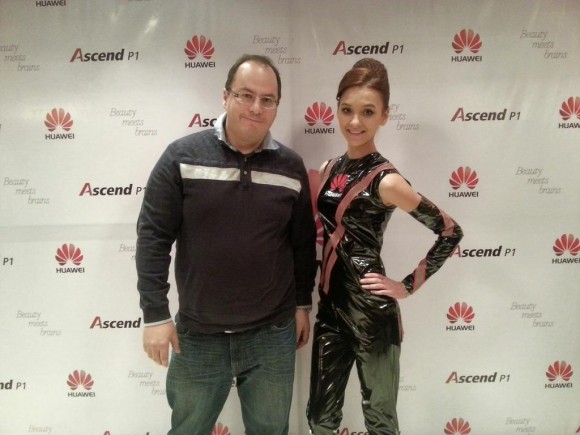 When it comes to an actual smartphone, how big is too big? All jokes aside today we are seeing a brand new device from Huawei that can only be described as ridiculously large. The unknown 8.5-inch prototype smartphone has surfaced in the flesh over on Twitter, and appears to be a working device. Eldar Murtazin himself posted a picture of the image, and we have additional details below.

What you see above is a massive smartphone, yes smartphone, and not a tablet, from Huawei that is actually a working unit. At first glace I was a bit concerned and debating as to whether the image was real. Clearly looking just like the Ascend P1 (which is also listed behind) only that phone is 4.3-inches. Later Eldar tweeted the same image as you see on-screen, which is an image taken with this device to his Twitter too. Seemingly confirming the device is indeed real and working as expected. 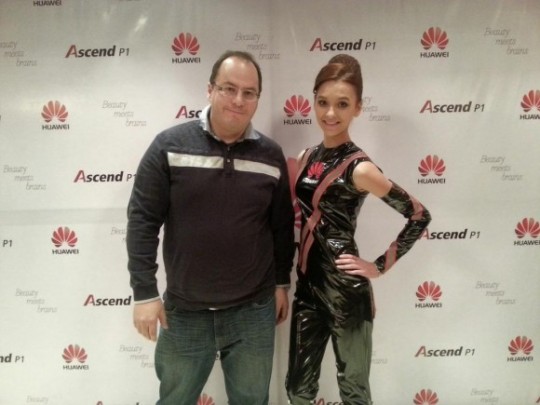 Now we don’t know much here but the size was mentioned as being 8.5-inches. Imagine something larger than your Nexus 7 sitting next to your ear while having a conversation. You’d look a bit ridiculous. Later he mentions in fact that 8.5-inches could be from edge-to-edge of the entire device and that 6.5-inches or so for the actual screen is more realistic. Either way we’re a little skeptical and this should be taken with a grain of salt.

While the details remain thin on this device, Huawei’s own exec confirmed a 6.1-inch 1080p phablet last week. We’re hearing Huawei has a 6.1-inch 1080p quad-core smartphone powered by Jelly Bean in the works, and the device we’re seeing today could in fact be exactly that. Called the Huawei Ascend Mate. We’ll report back once we receive additional details. As a comparison we’ve been hearing Samsung is preparing a 6.3-inch Galaxy Note III, so these huge devices could indeed become a reality.