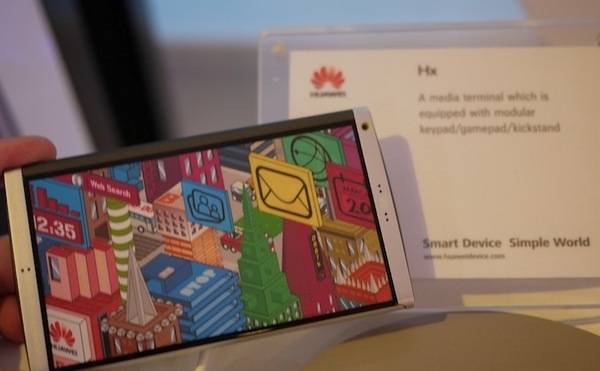 It seems everyone is getting into the phablet smartphone game as of late. Add in the new tier of 1080p displays, quad-core processors, and large batteries and what you get is the new Huawei Ascend Mate. We first mentioned this phone back in October, but recently a Huawei exec has indeed confirmed this phone is coming soon. More details and additional specs can be found below.

Recently on the Chinese version of Twitter called Weibo the Senior VP of Huawei, Yu Chengdong, posted a quick update all but confirming this larger than usual handset. He mentions that Huawei has plans for a large-screen smartphones early next year. Most likely that will indeed be the Ascend Mate we’ve seen a few leaks on, and hopefully we’ll learn more at CES.

The Ascend Mate has leaked with a few impressive specs already. Those confirm a 6.1-inch 1080p HD display, Huawei’s 3rd generation K3V3 1.8 GHz quad-core processor, 2GB of RAM, Android 4.1 Jelly Bean, and even a massive 4,000 mAh battery. That would make it have the largest battery of any phone to date, but hopefully that isn’t just covering for a poorly efficient processor.

Interestingly enough the Huawei VP’s post was made using their rivals Samsung Galaxy Note II, which most likely is being used for comparison purposes. Yu Chengdong went as far as to say the Ascend Mate would have a cooler design, better grip, a more industrial feel and much better battery life. Oh and for the record the image above isn’t what the final product design will entail. Stay tuned for more details on this new phablet, and hopefully we’ll see it in the flesh early next year.