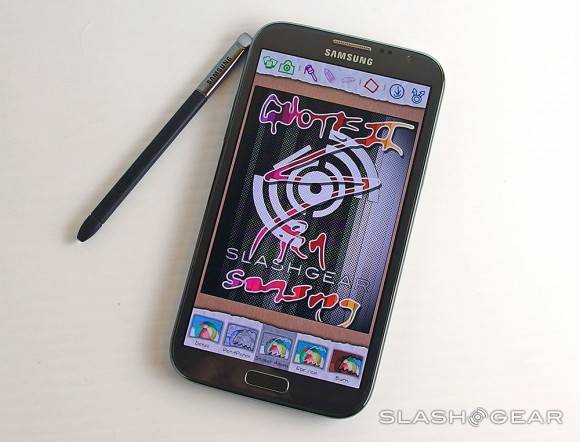 If the plus-sized Galaxy Note II was not big enough for you, the next iteration of the device is set to be even larger, according to sources in Korea. The Galaxy Note III looks like it could have a massive 6.3-inch display when it hits the market in 2013. If the report from the Korean Times is to be believed, it looks like Samsung is going to be pushing what we thought was the limit for the size of an OLED on a smartphone.

Other specifications on the rumored device are yet unknown, but it makes us wonder; will this device even be able to be considered a phone, or at that size is it a tablet? We’ve heard rumors that Samsung is working on a mid-range Note tablet of approximately 7 inches, so this rumor could actually be the confirmation of that, rather than a phone. Either that, or we could be getting a phone that is going to push the limits of what we can actually fit in our pockets. Maybe we need bigger pants.

These rumors also coincide with Samsung’s plans to slash its LCD production in the interest of focusing on OLED and flexible displays instead. “With money saved from LCD restructuring, the firm plans to spend more on OLED and flexible displays” one local parts supplier told the Korea Times. Samsung feels that the LCD panel market is saturated, and Samsung wants to differentiate itself with the use of OLED technology.

Samsung’s OLED push translates to other parts of its business, such as big-screen TVs. These rumors also add some weight to the rumors that Samsung is planning to announce a Galaxy S IV in February of next year. Whether or not Samsung is going to be making a giant phone or a small tablet remains to be seen, but it seems likely that a new device is coming along with the Note branding attached.