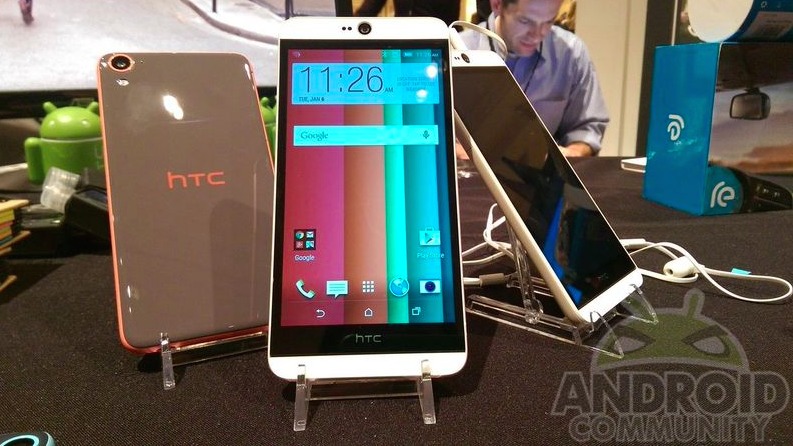 The HTC Desire series now has a new addition in the form of the HTC Desire 826. This new mid-range Android smartphone features a 5.5-inch screen with 1080p display, 2GB RAM, 2600mAh battery, a 1.7GHz 64-bit octa-core Snapdragon 615 processor, and a 13-megapixel front and rear cameras. Continuing with the new tradition of high megapixels in front-facing cameras, the new HTC Desire 826 boasts of 13 megapixels that will make taking selfies an even better experience.

But as a surprise for all us, HTC is also releasing another version of the Desire 826–one with a 4-Ultrapixel front-facing camera (similar to the HTC One‘s main camera) that is more ideal for low light conditions, bringing the same HTC Desire Eye experience and some great camera software features.

The phone runs HTC Sense and Android 5.0 Lolliop out of the box. It’s actually the first Desire handset to run Lollipop. No information on pricing but it will be available later this January in most Asian markets in four different color variants. Phone is currently being showcased in Las Vegas this week but we have no idea if it will ever be released in the US. 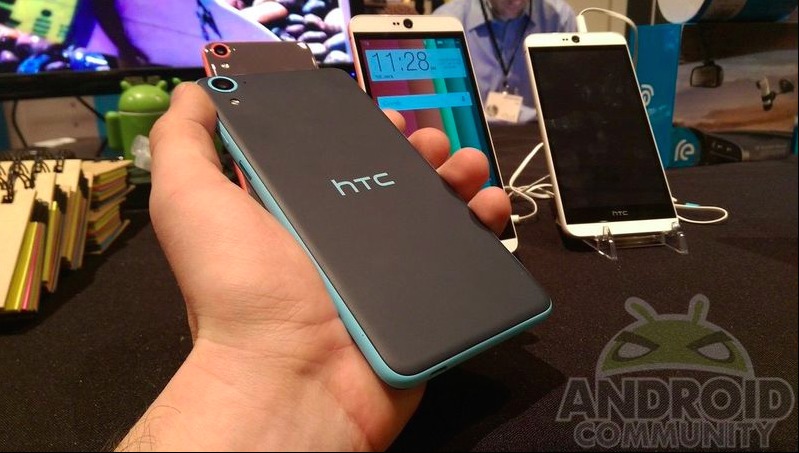 It looks very similar to the HTC Desire Eye but it’s a follow up to the still new HTC Desire 820. It also packs the same BoomSound front-facing stereo speakers and anti-slip soft sides. Other specs include a 2GB RAM, microSD card slot expandable up to 128GB, WiFi, 3G, 4G LTE, GPS, NFC connectivity, and a few Dolby audio enhancements.

The HTC Desire 826’s body is made of plastic material but it seems robust and nice to hold. At first glance, you can mistake it for the HTC Desire Eye but there is a noticeable different in size with this particular model being slightly taller. 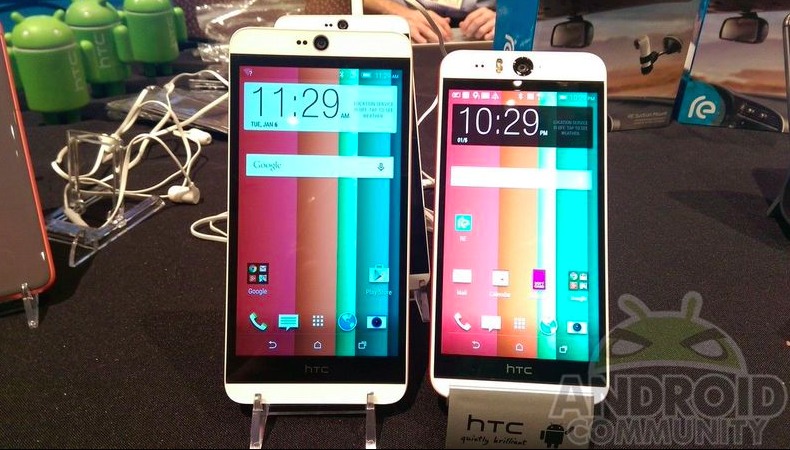