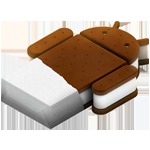 If you’re an HTC owner wondering if your smartphone will be upgraded to the latest version of Android, wonder no more: HTC has posted the list of devices that it intends to upgrade to Ice Cream Sandwich on its official blog. It’s a pretty predictable bunch; none of the phones is older than 18 months or so, and all the mid-range and high-end phones released in the last year are present. There are a few surprises, like the HTC Rhyme and the Thunderbolt (not that they aren’t appreciated) and some phones that we already knew about, like the Sensation series and the Vivid/Raider.

Interestingly, the list includes plenty of phones that are exclusive to one US carrier or another, like the DROID Incredible 2 and Rezound on Verizon and the Amaze 4G on T-Mobile. That would seem to be an independent confirmation that these phones will be updated, but there’s no guarantee that the carriers themselves will send them out. HTC’s even got a bit of a “gotcha” clause in the blog post:

Please note, once we start pushing out updates it will take time for all carriers in each country to get the update. We are working closely with our carrier partners to nail down update schedules for our other smartphones and will have more to share very soon.

The first phones to be updated will be the Sensation and Sensation XE, which have already received their ICS upgrades in certain European markets. The Velocity (a localized variant of the Raider/Vivid design) already has an upgrade in Australia. These three phones will probably get the swiftest worldwide rollout, but as stated above, there’s always the carrier variable to consider. If your phone isn’t on the list, there’s always aftermarket modding; HTCDev has been steadily unlocking the bootloaders of nearly every single HTC Android phone all the way back to the Dream.