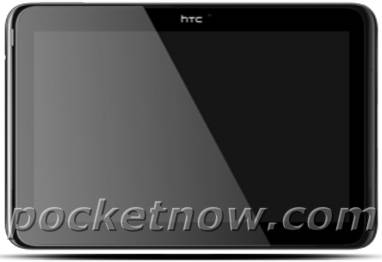 And the HTC leaks keep coming. After images of the Edge, Ville and Zeta phones showed up in some leaked images, the HTC Quattro is the latest device to escape from Taiwan. The new 10.1-inch tablet is showcasing the latest quad-core Nvidia Tegra 3 processor, according to the anonymous source that leaked the image. Current release date is pegged as some time in 2012, like the other leaks, and may show up at the Mobile World Congress in February.

Other specs leaked include the standard 1GB of RAM, Ice Cream Sandwich and a 10-inch, 1280 x 768 LCD display. That’s the same size as HTC’s only 10-inch tablet so far, AT&T’s Jetstream. The Quattro is currently predicted to come in WiFi and 3G variants, so hopefully you won’t be forced into a two-year contract to get a hold of one. 16GB of on-board storage, an 8MP camera and Beats audio round out the hardware. All this is shoved into a chassis less than 9mm thick.

On the software side of things, besides a Sense version of Ice Cream Sandwich, the source is also claiming that the Quattro will receive an updated high-def version of HTC’s Watch movie store. Other goodies include the standard 5GB of Dropbox storage that’s being bundled with all HTC Android devices and compatibility with the Scribe active stylus first revealed with the 7-inch Flyer.