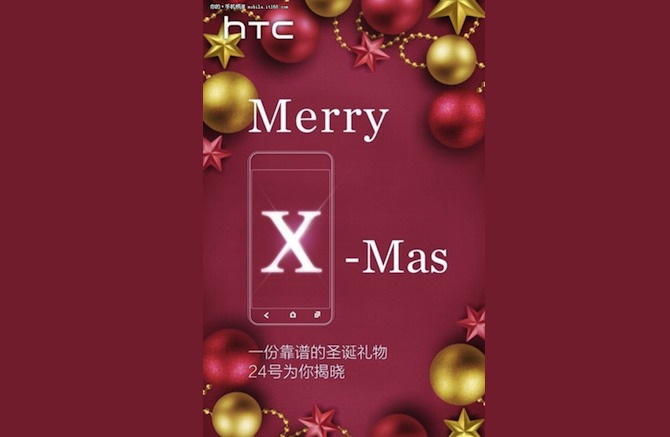 Ever since the HTC One X9 hit TENAA last November, we’ve been anticipating for the official announcement by the Taiwanese company. It seems that after all the renders and the hi-res photos of the new smartphone from HTC, the One X9 is about to become official. It looks like it’s gonna be a happy holiday too for HTC fans because based on a teaser, it’s going to be a Merry X-mas.

There’s not much information placed on the teaser but at least we know the smartphone will be revealed before 2015 ends. It could be unveiled on December 24. So you think your X-Mas will be merrier this year? Yes, if this phone is something you’re excited about and if you’re an avid fan of HTC. For HTC though, it’s another addition to its list of possible bestsellers that could help them bring in more sales.

The phone is already certified by the Chinese FCC. So far, we know the unit will come equipped with a 5.5-inch 1080p display, 2.2 GHz octa-core processor, 2GB RAM, 16GB built-in storage, 13 MP main camera, 5MP front-facing cam, microSD card slot, and a 3,000 mAh battery. As for the pricing, expect this phone to cost somewhere between $350 to $450 when it launches in Taiwan. Phone should also be available in other countries but we’re not sure of HTC’s schedule for release.