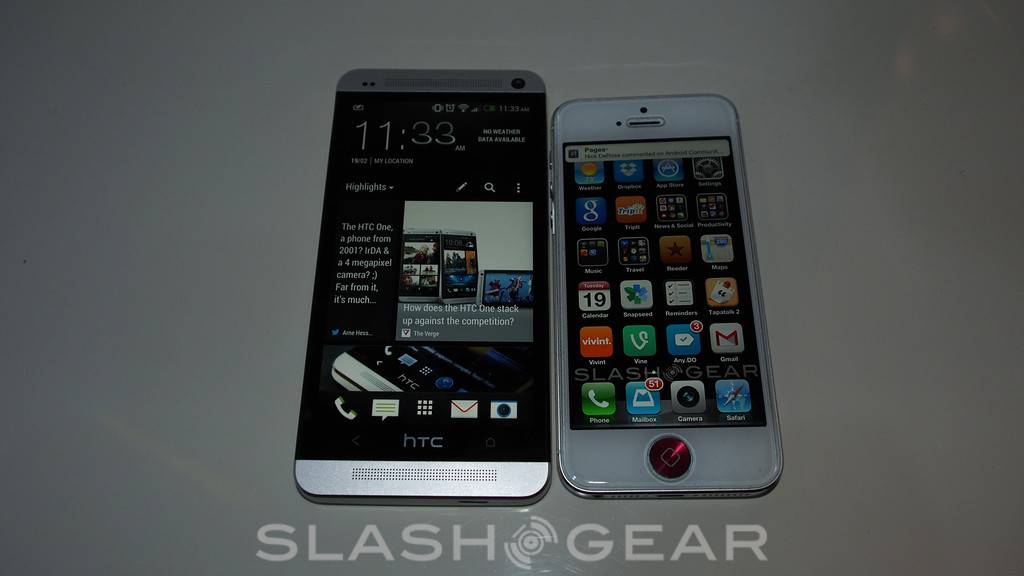 Now that the HTC One is finally here full of aluminum edges, an HD screen, and ultrapixel camera features how does the device stack up against the rest? Based on what we’re seeing today the new HTC One is certainly ready to handle its own vs the competition. Whether that be the Galaxy Note II, the Nexus 4, or even the upcoming Galaxy S IV and iPhone 5s. Read on for more details and several pictures.

Now we could do a detailed breakdown of each individual device, but most likely many of you smartphone enthusiasts already know plenty about all of the above — including the newly announced HTC One. The screen might be bigger than the iPhone 5 and smaller than the Galaxy Note II, but it’s the pixel density and brightness that sets this phone apart. Then there’s that new “ultrapixel” camera, an improved user interface, and we can’t forget that extremely impressive 1.7 GHz quad-core processor either.

Without getting into the nitty gritty here, we figured a few pictures comparing the HTC One vs the competition was in order. During the HTC launch event we were able to snag some benchmarks, which shows the One blowing away the competition. So now that we know that, lets take a look at the hardware shall we. While it sits right in the middle with a 4.7-inch display — personally I feel that’s the perfect size. Add in the fact that it’s the first with a 1080p full HD in this size and it’s destined for greatness. For now here’s a picture next to the iPhone 5, since we know so many consider them very similar. 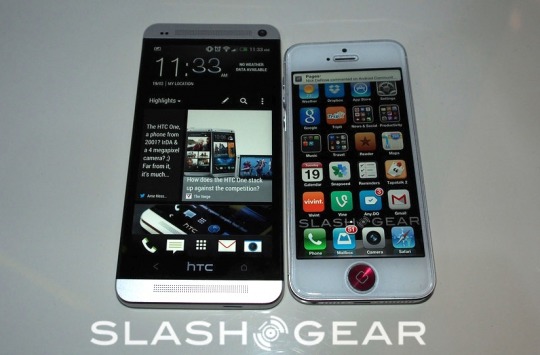 We really don’t need to run down the specs since the One is basically one of the best smartphones on the planet, but really quick we will. You’ll get a 4.7-inch 1920 x 1080p full HD display. Then it’s pushed with a 1.7 GHz quad-core Snapdragon processor and 2GB of RAM. HTC added 32 or 64GB for storage options, then an extremely impressive ultrapixel camera. It only has 4 megapixels technically – but honestly – that doesn’t matter. It’s all about quality, not quantity. You’ll enjoy an all aluminum design, awesome beats audio powered stereo front-facing speakers, Android 4.2 Jelly Bean, and a brand new Sense UI that looks amazing. Was that enough? Well here’s our HTC One hands-on coverage.

The HTC One wins in almost every category regarding current, and possibly even upcoming smartphones. HTC beat everyone to the 1080p HD punch, they will have the first Snapdragon 600 series phone available, and if the camera is as good as they claim it will be mind-blowing. Now we know everyone is concerned about battery life, but lets look at the facts. Galaxy Note II aside (since it has to power a massive 5.5-inch screen) the only other mainstream phone with a bigger battery is the MAXX HD. The Galaxy S III, Nexus 4, Optimus G, One X, and even the iPhone 5 all have smaller batteries under the hood. While it remains to be seen how the One will do, I have a feeling it will handle daily tasks just fine.

Again, we’re just rehashing specs here, so instead we’ll simply leave you with a gallery of comparisons showing the new HTC One next to a few of the top smartphones available today. Will you be buying one? 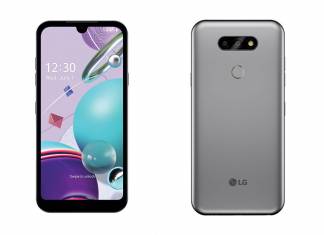