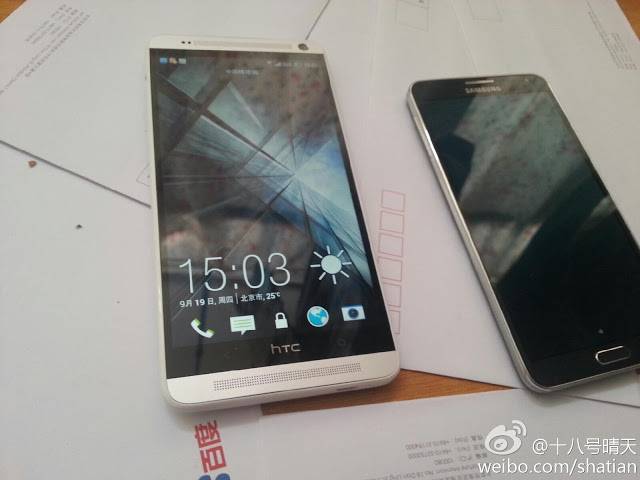 HTC was curiously silent at IFA in Berlin early this month where it was expected to announce its HTC One Max phablet, with rumors now pointing to an October unveiling. It seems, however, that as early as now the device is already being steeped in controversy, with word that the anticipated giant won’t be running on Qualcomm’s Snapdragon 800 after all.

First, let’s take a recap of what the HTC One Max is supposed to have. It is expected to come with a 5.9-inch 1080p Full HD display, 2 GB of RAM, 32 GB of storage, Beats audio, an UltraPixel rear camera, a 3000 mAh battery, Android 4.3 Jelly Bean, and even a fingerprint sensor. And, of course, all of these will be driven by a quad-core 2.3 GHz Qualcomm Snapdragon 800 processor. Quite a normal configuration for a topnotch flagship these days, we’d say.

Unfortunately, things aren’t going well over at HTC, it seems. Sources are now saying that the HTC One Max will instead be running on a slightly lower quad-core Qualcomm Snapdragon S4 with clock speeds of 1.7 GHz. Camps are split on why this would be the case. Some hold that HTC was forced to resort to a lower chip due supply shortage from Qualcomm, considering how the Snapdragon 800 is in high demand lately. The other side, however, claims that Qualcomm has already increased production in anticipation of the popularity of the chips, and HTC is merely trying to cut costs, which would not do well for the image of the already embattled company.

Although it would not be the only recent flagship to not sport a Snapdragon 800, after all, the highly popular and powerful Motorola Moto X doesn’t, it would indeed be strange if the HTC One Max didn’t have some gimmick to offset the lower CPU. We’ll just have to wait until next month to see if the giant phablet will live up to the hype or sink into ignominy.