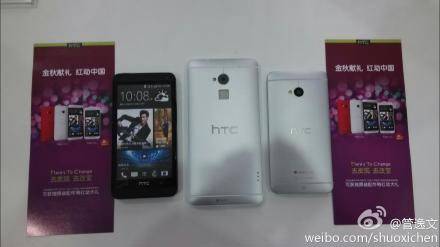 There has been plenty of rumor and speculation surrounding the HTC One Max. We have seen details touching on the specs and even some suggesting the handset would debut with Android 4.3 and Sense 5.5. But perhaps the most interesting One Max rumors at the moment are the ones dealing with the supposed fingerprint scanner.

Just like the handset itself, details of the fingerprint scanner are still sitting firmly in the rumor category. There has been some convincing leaked images though. And coming off of that, it would appear as if yet another image has surfaced. This latest has come by way of the Chinese language Weibo and is showing what appears to be a working model. Though, details coming along with the pics list the One Max as being a prototype.

These images do however seem to match up with what we had been seeing in the earlier leaks. That being said, these images are offering a look at the front and back of the One Max (sitting alongside an HTC One). And as you can see, the One Max still appears to have that fingerprint scanner sitting on the back of the device. Or more accurately, the handset has a square cutout sitting below the camera lens and that cutout is rumored to be a fingerprint scanner. 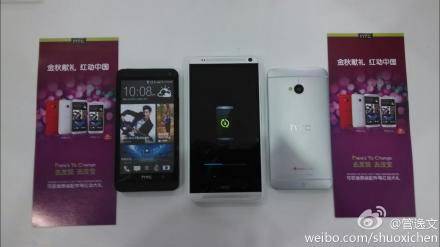 Aside from chatter about the supposed fingerprint scanner, other rumors point towards the One Max as arriving with a 5.9-inch display and powered by a Qualcomm Snapdragon 800 processor. That processor is expected to clock in at 2.3GHz and other details include the handset having a 3000 mAh battery, 2GB of RAM and 32GB of internal storage along with an UltraPixel camera on the back.