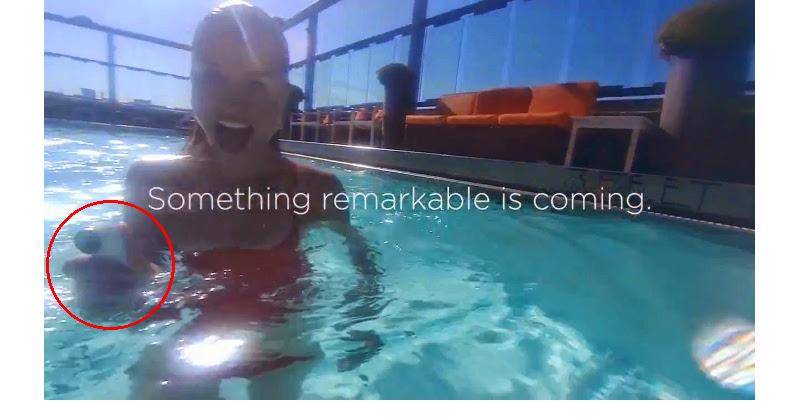 The earlier rumored October 8 date for an HTC Nexus 9 unveil has now been squashed. The Chinese OEM has just released a teaser video, as well as an invitation to take a peek at RECamera.com on that said date, suggesting that what it has in store might not be a smartphone or a tablet at all but might be a versatile and rugged digital camera instead.

If true, and we’re confident that it is based on that website, then HTC is truly branching out even further from its core mobile device line. Last week, leaks suggested that the manufacturer might be looking into entering the medical field with a variety of smart devices for home users. And just a bit earlier than that, an invitation for an HTC press event called “Double Exposure” was sent out, and now we know why it was named as such. Curiously, HTC seems to be eying a camera market, particularly one that is practically dominated by GoPro.

GoPro is popular not for its professional photography and cameras but for HD personal cameras that can be used anywhere. And by anywhere, we mean on land, air, and water. GoPro cameras have been a particular favorite among the personal drone crowd as it allows them to take almost impossible shots, be they of locations or extreme sports stunts. Now, we’re not sure if HTC’s upcoming product can be used for drones too, but the video teaser below does at least suggest that the camera can be used anywhere as well, even underwater. Check around the 3 second marker to see what looks to be handheld device, possibly a small camera or simply a remote control for it.

Of course, there’s no telling what form this “something remarkable” camera will take. Will it be a smartphone camera ala the Samsung Galaxy K Zoom? Or will it be a standalone camera that can attach to a smartphone like the Sony QX series? If this has in any way piqued your curiousity, keep on watching this space as we bring you the lowdown on HTC’s press event on October 8.

[UPDATE] The RECamea.com site has gone up and unsurprisingly lacks any detail. But that hasn’t stopped rather enterprising individuals from snooping around and discovering interesting tidbits that they were kind enough to share. So this new HTC device is indeed a standalone camera of sorts, but one that will most likely be embarrassed to stand beside a GoPro. A Type L pipe, an upside down inhaler, a mini snorkel, half a periscope. Call it what you want, it’s still a camera. It’s apparently small enough to fit in whatever hole or compartment you have for some form of lifelogging. We’ll definitely be keeping an eye (get it?) on this next month to see how HTC will spin and sell this odd-looking contraption.