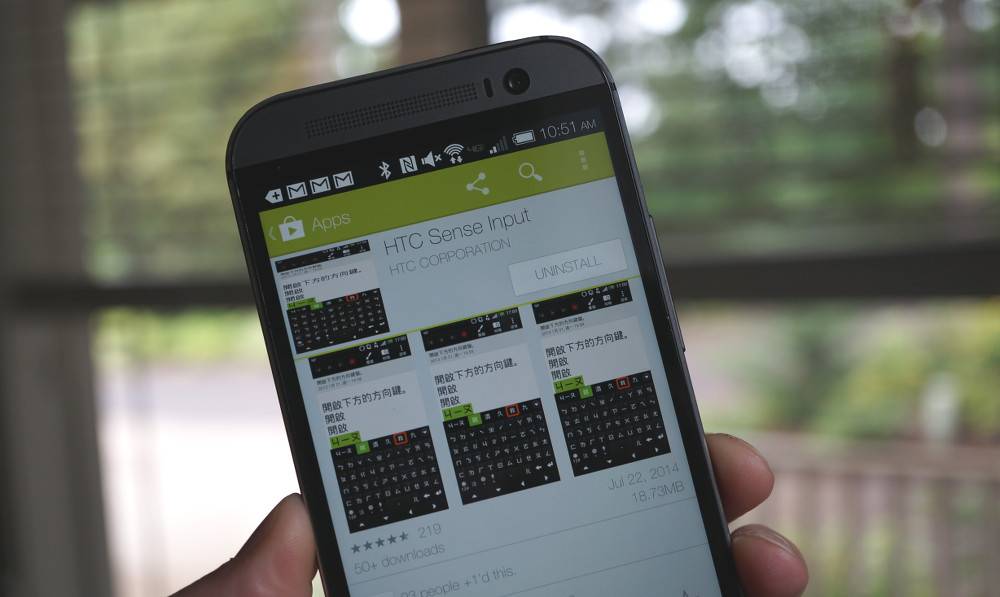 Just like other OEMs like Motorola and Sony, HTC has also now “consciously uncoupled” (thank you Gwyneth Paltrow for that phrase) one of its system apps and made it available on the Google Play Store. The default keyboard for most HTC devices, HTC Sense Input, is now available for download at the store, but of course, it is only for HTC devices,specifically for the HTC One M7, HTC One M8 and the newest phones for the Dream series.

Aside from your device needing to be HTC of course, it also requires Sense, so it won’t work on the Google Play Editions of the M7 and M8 as well. And if HTC users were expecting some major changes from the app in the Google Play Store, well, don’t expect too much. There are some new features for the virtual keyboard, like it now has support for Google Extract View in landscape mode and it now enables handwriting manual submit mode. There are also some minor tweaks like showing .ru/.ro/.nl when the keyboard is on Russian, Romanian or Dutch mode in your keyboard. But all in all, the changes are nothing to sing home about.

Previously, Sony has also made several native apps like Motion Shot and Privilege Movies available on the Google Play Store but only exclusive for several Xperia devices only. Motorola has also made available their proprietary Gallery app available, but again, only for the newer Motorola devices. So why put them on the Play Store if it’s not for all devices?

Making core apps available on the Google Play Store has made it easier for both OEMs and Google to update them easily, without updating the entire operating system. They can make minor tweaks and adjustments on the different apps, and just either automatically update them or send notifications that there are updates readily available. So if you’re an owner of the newer HTC smartphones, get ready as your Sense Input keyboard should be updated anytime today.