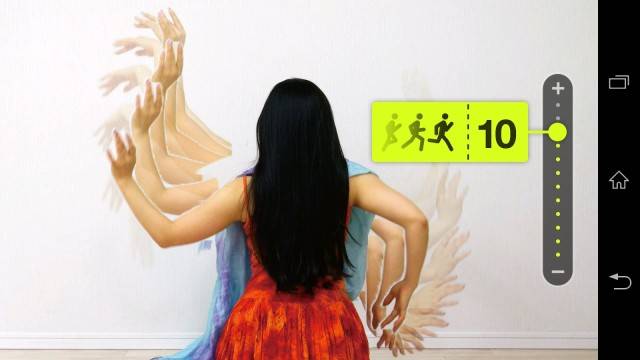 Sony has just made available yet another of its fine apps on Google Play Store. Unfortunately, like the other recent apps from the company, availability is limited to a few devices, in this case, Sony’s Xperia Z1 flagship only.

The effect that Sony’s Motion Shot aims for should probably be familiar to many by now. It basically collects a series of images, or in this case, frames from a short movie clip, and combines them into a single image showing the target multiple times at different places in various stages of movement. Motion Shot makes all these easier with three simple steps of taking a short video, with an 8-second maximum limit, editing the output and applying various effects, and then saving as well as sharing the image on social networking sites.

Sadly, this convenient little app is, as mentioned, exclusive to the the Sony Xperia Z1, which boasts of a 20.7 megapixel camera that should be perfect for such shots and stylistic effects. One might wonder, then, why Sony would put up the software on Google Play Store anyway. One reason could be added convenience for Sony, who will only need to push out an update for the single app, instead of rolling out a patch to the system firmware if the app had been baked into the firmware. It also opens up the possibility of the app becoming compatible with more Sony devices. Of course, one could also hope that it will eventually be opened up to other brands as well.

If you’re one of those who own an Xperia Z1, the Motion Shot app is free for download via the link below. There is also an Effect [Animation] option that can be purchased within the app for $1.99 in order to create an animated GIF. However, the effect is currently only available in the US, Canada, and Japan but more regions are expected to follow.