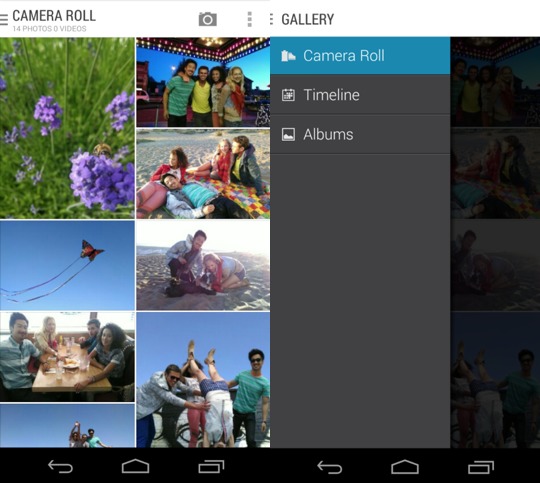 Motorola has made their proprietary gallery app available on the Play Store. Starting today, anyone with a newer Motorola device will have the app updated independently of the software update. The app also has a new look, and keeps pace with newer Android ensign guidelines.

The app itself looks quite a bit like the stock Android Photos app. It has larger thumbnails that the previous version, and a slide-out menu. It’s still called “Gallery”, but offers a familiar look to stock Android fans. Like most things Motorola of late, it’s just enough of a tweak to make it a touch better, all without losing the utility and appeal we like about the app.

This also falls in line with a very central Android theme lately, which is removing apps from the core software. In doing so, apps can be updated independently of the operating system. That gives OEMs — and Google — the opportunity to make smaller, incremental chafes as they need to. It also provides the chance to update the OS in a timely manner, as there is no need to make several tweaks to apps that go along with it.

As mentioned above, this is for all newer Motorola devices. This app can be had for the Moto X, Moto G, and DROID lineup — provided they are running Android 4.4. The update is rolling out incrementally, so if you have a Moto device, be on the lookout!