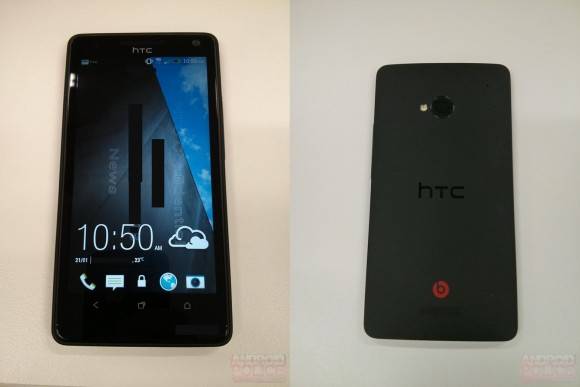 We have seen plenty of leaks surrounding the HTC M7 up until this point. In fact, we saw a rendered image leak last week with another this weekend. And well, another M7 image has leaked and thankfully, we have moved away from the renders. Simply put, this latest HTC M7 leak is a pic of an actual handset and come courtesy of Android Police. The images of the handset look like the previous render and also comes along with some images of what is said to he HTC Sense 5.0.

And while we cannot say that the small differences between the render and the actual images are anything other than small differences, we do have to mention a few. For example, the flash is on the opposite side of the camera and the Beats Audio logo is, well, a logo. On the previous render it appears as text. The HTC logo is also black as opposed to shiny as in the render. Of course, this could mean nothing more than the real-work images of the M7 are showing a prototype.

Moving away from the pics and into what we have learned about the specs. The M7 should arrive with features to include a 4.7-inch 1080p display, quad-core 1.7GHz processor, 2GB of RAM, 2300 mAh battery and 13 megapixel rear-facing camera. The HTC M7 is also expected to be running Jelly Bean with version 5.0 of the HTC Sense user interface. 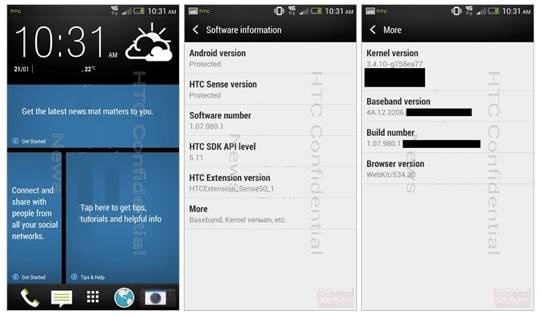 All this being said, while we have yet to hear anything from HTC in terms of when we can expect an announcement, things are shaping up like we may see something at Mobile World Congress, which will take place in Barcelona at the end of February. If nothing else, the M7 appears to be giving the HTC name quite a bit of a boost in the Android world. Stay tuned for more details.