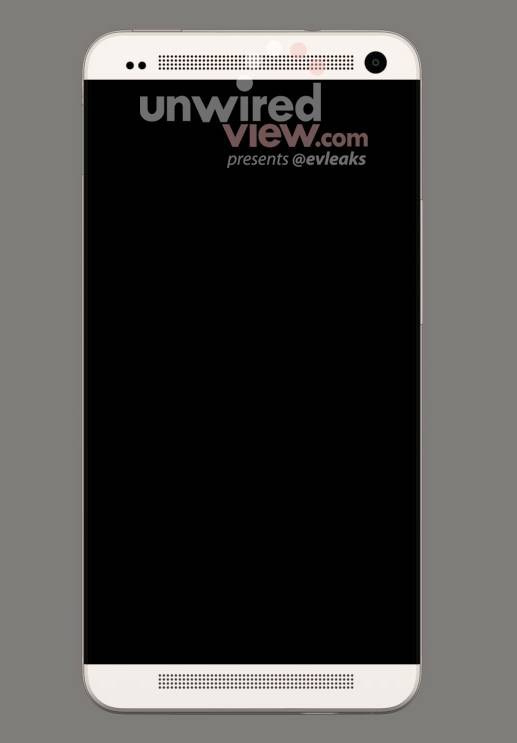 The HTC M7 has received more than its fair share of attention up until this point. And while HTC was rumored to announce the M7 during CES, we now know that didn’t happen. Of course, there is always Mobile World Congress to hope and look forward to. The thought of an announcement aside though, it looks like an image of the M7 has recently been leaked.

The image comes by way of @evleaks, who in the past has been spot on in terms of providing an early look at an unannounced device. Nonetheless, this image does come along with some warnings. To begin with, the image is a render (as opposed to in-the-wild style). According to the details coming along with the pic, this comes from an animation clip showing new users how to insert the SIM card.

The other warning comes in with the design and the lack of branding. As was pointed out, this could suggest that this is not a final design and that we may end up seeing something slightly different come an official announcement. Otherwise, some of the details that have come along with this render include the handset having an IR port, which would mean the handset would be capable of learning. Simply put, this means the HTC M7 would be capable of serving as a universal remote.

Aside from the IR port, the HTC M7 is also expected to have a 4.7inch 1080p display, quad-core 1.7GHz processor and Jelly Bean. And while this render may not have been what everyone had been hoping for in terms of a leak, it does offer some confirmation on a previous rumor that suggested HTC was going to ditch the capacitive buttons. But then again, we remember the previous warning and know that this may not be a final design.