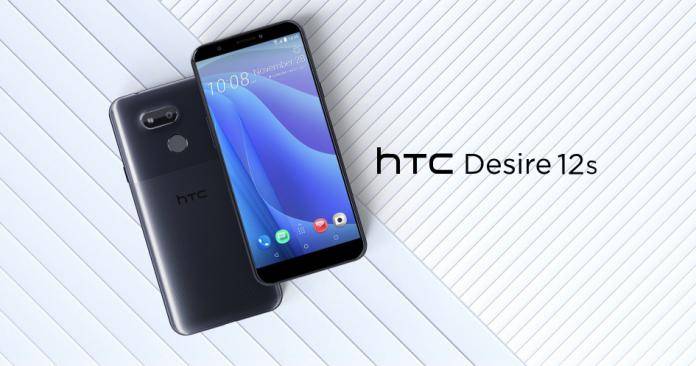 The HTC Desire 12 was first detailed with 18:9 display earlier this year. The mid-ranger was expected to arrive with the HTC Desire 12 Plus phone. Specs and features were detailed and the pair was introduced back in March. We haven’t heard any update but we know the Desire phone series is still safe. The brand’s fate may be uncertain but Google already got a hold of it. The Year 2019 will be exciting because the OEM still has a number of models lined up.

HTC has officially announced the Desire 12s but only in Taiwan. We’re assuming this is the model before the HTC Desire 13 is revealed next year.

The HTC Desire 12s will remind you of the HTC U12 Life but maybe sans the glass build. The Desire variant is more affordable so we won’t be surprised if there’s only plastic build material.

The HTC Desire 12s runs on Android 8.1 Oreo topped by HTC Sense UI. Pricing starts at TWD 5,990 ($195) for the entry-level 3GB RAM/32GB storage model. The 4GB/64GB model can go up to TWD 6,990. The phone should be out in the market right away but we’re not sure if other countries will also receive the new HTC phone.