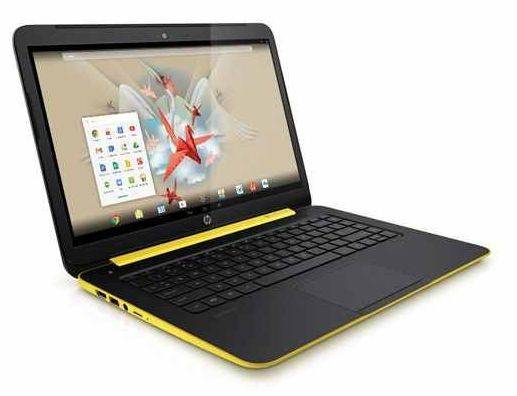 The HP SlateBook 14 was announced in June, which we dutifully covered for all of you here. But the big announcement now is that the 14-inch Android netbook-slash-laptop replacement is now shipping and you could actually get yourself one for USD$430. But the question really is, would you want to? Allow us to remind you what you’re potentially getting into.

For its “engine room” specs, you might actually be inclined to think that what’s here is not all that bad. NVIDIA‘s Tegra 4 is a penta-core (five cores, yes?) processor running at 1.9Ghz per core. It’s basically a mobile processor like Qualcomm’s Snapdragon, but it is not lacking in power, especially with 2GBs of RAM in the backend. The processor comes with its own GPU that runs around 670Mhz and will push pixels to a 1920×1080 full HD screen.

The operating system out-of-the-box will be Android 4.3 Jelly Bean. This will be the most pertinent question for users – will Android do well as an OS for laptop replacements? At the recent Google I/O, the mothership means to widen the reach of Android by throwing it on watches, wearables, in-car systems, TVs and the like. But will it work as a full-pledged laptop OS?

The SlateBook 14 will also come with Google certification, giving it acess to the Google Play Store, Google Maps, Google Play Music, and the lot. If Android is being pushed towards these kinds of devices, you have to wonder about Google’s strategy, especially as it has also put its weight behind the Chrome OS and Chromebook devices. In any case, we have to see if there is enough love for this type of Android device.