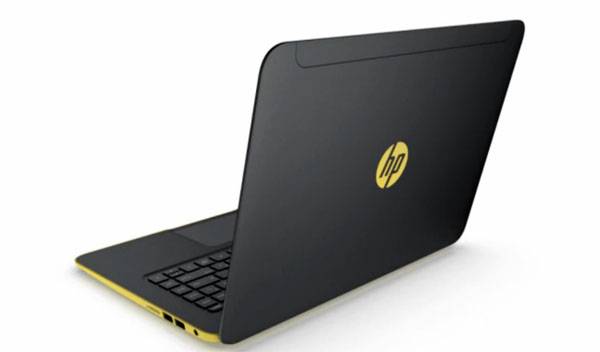 Trying to corner yet another segment of the growing mobile market, HP is reported to soon out a new Slatebook 14 Android device. But rather than sport the hybrid tablet/laptop form of the Slatebook x2, the Slatebook 14 is a full-fledged notebook sporting almost the same specs as the older model.

HP has done away with the tablet and keyboard dock of the Slatebook x2 but has retained pretty much everything else. The 14-inch display is still touch-enabled and supports Full HD, albeit at a slightly lower resolution of 1920×1080, compared to the 1920×1200 of the first device. The notebook is still powered by NVIDIA‘s mobile processor, though it is still unknown whether it will be a Tegra 4 or a Tegra K1. RAM and internal storage also remain the same, at 2 GB and 16 GB, respectively, with the latter expandable via a microSD card. You also have an assortment of connections and ports like WiFi, Bluetooth, USB, and HDMI. The Slatebook 14 also sports a SIM card for maintaining an Internet connection anywhere.

As far as design goes, HP has diverged a bit from the rather plain image of the Slatebook and has gone instead for something that looks a bit more sporty. The Slatebook 14 found in these leaked media sports a rather odd combination of black with yellow accents, though it isn’t yet known whether users will have other color options to choose from. HP has also supposedly gone the plastic route, wrapping the notebook in polycarbonate in order to keep build costs to a minimum.

And price is rumored to be a major factor in the design of the HP Slatebook 14. This Android notebook is said to come with a rather affordable price tag and is targeted at a more budget-conscious market. Being one of the few Android laptops, it remains to be seen whether this device form factor will find a place in the market, if it does come out at all.