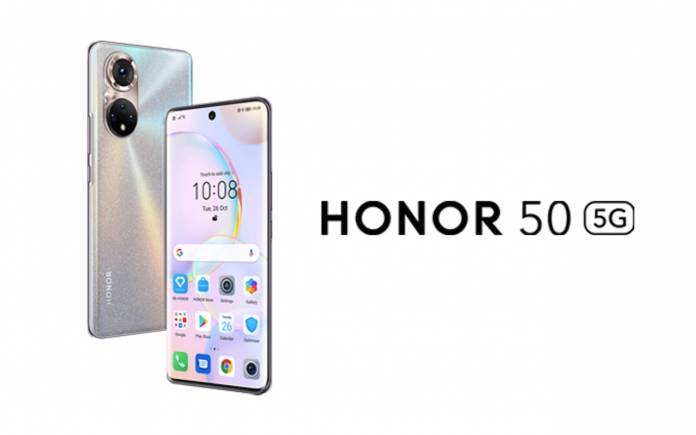 A few months ago, the former sub-brand of Huawei, HONOR, has officially announced the Honor 5G. Specs and images were leaked ahead of launch and most of them have been confirmed. The phone was said to come with Google apps and services. True enough, the Honor smartphone will be ready with Google Mobile Services. This means good news for loyal Honor users who may have been worrying since Huawei’s fate has been uncertain.

With Google Mobile Services, the Honor 50 series can offer a better mobile experience and more comprehensive app environment to the consumers. It will be the first from the independent brand to come with GMS.

Basically, the Honor 50 is very much like the Huawei P50 series with the dual ring camera design. It is set to roll out in Europe this coming October 26. The phone boasts a mid-range but powerful Snapdragon 778G processor that offers 5G connectivity already.

The smartphone runs on Android 11 with Google Mobile Services. The camera department is headlined by a 108MP main shoot. There is also a 32MP selfie camera.

The Honor 50’s 4300mAh battery offers 67W fast charging. This can allow the battery to hit 70% capacity within 20 minutes only.

Honor was able to team up and convince other companies and supplier partners to work with them despite being part of Huawei before. It is a huge step for Honor but we’re crossing our fingers it won’t suffer the same fate as Huawei.