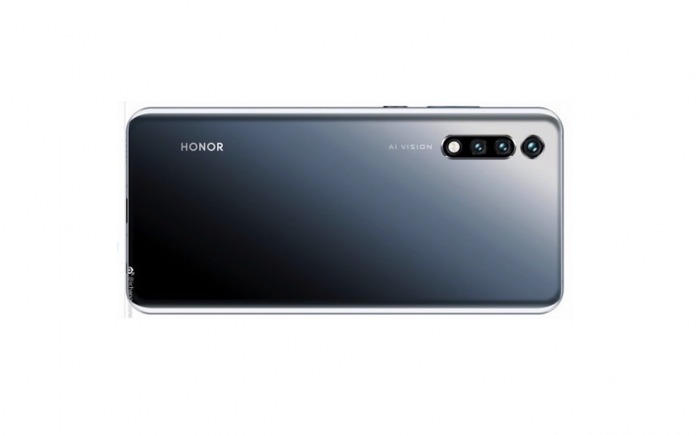 Here we go again: another Honor related image render. While Huawei is working on the new P30 series, its sub-brand Honor is also preparing to launch a new flagship. It’s not the Honor Magic 2 as we recently featured. The View20 has just been revealed as well but we’re looking at the Honor 20. Don’t be confused on the names but this one follows the Honor 10 from last year. The non-View flagship device is almost ready as pieces of evidence are being published on Weibo left and right.

There is no confirmation yet but rumor has it the Honor 20 will boast a 48MP main camera. It’s not the only selling point. This affordable flagship is expected to come with a large 6.1-inch OLED screen so viewing your favorite TV shows and movies is a delight.

The Honor 20 runs on Kirin 980 processor plus either 6GB or 8GB of RAM. The minimum storage is 128GB with 256GB as the other option. This one is said to come with Gaming+, CPU Turbo, GPU Turbo, and Link Turbo for a more powerful performance. 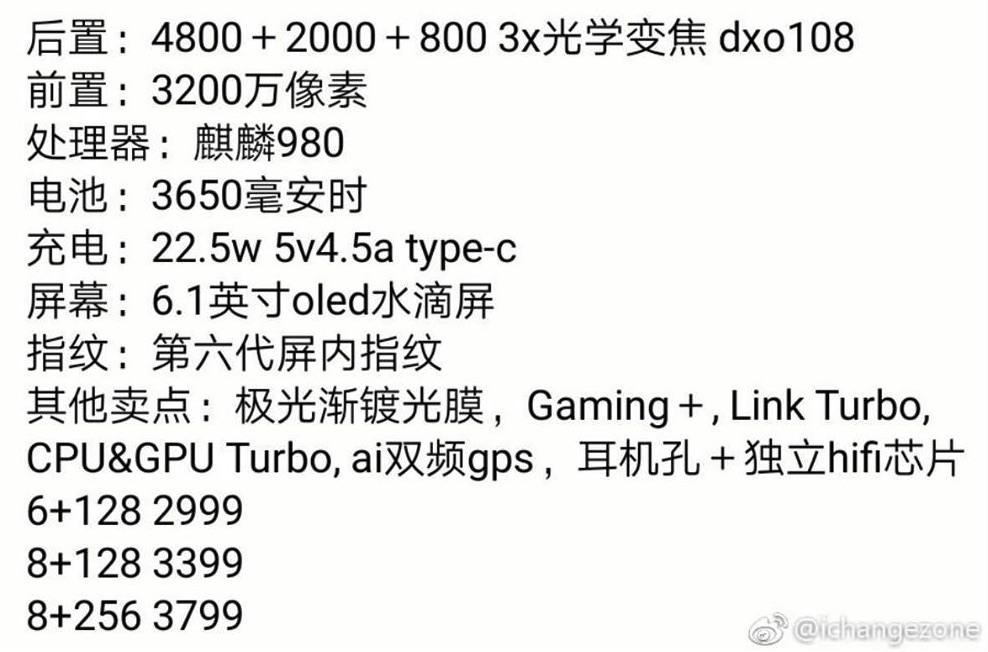 Other specs listed are as follows: 48MP main camera + 20MP + 8MP camera system and a 3650 mAh battery with 2.5W SuperCharge technology. The phone appears to have reached DxOMark already with a score of 108. If that is true, then it’s only behind the Samsung Galaxy S10+ and the Huawei Mate 20.