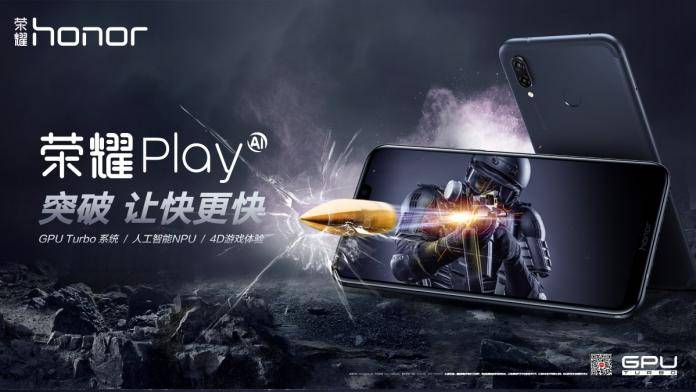 Last week, Huawei announced not only that they have a new gaming-focused smartphone called the Honor Play but that it is powered by a new technology called GPU Turbo. They claim that it will make their mid-tier Honor devices at par or even better than other flagship phones when tested on benchmarking sites. Now they have announced which of their devices will be receiving the new tech through a software update. It looks like all the new devices will be turbo-bound and even a few older ones will also be upgraded. Here’s all that you need to know.

What does GPU Turbo actually do?

Explaining this is pretty easy. It diverts the power of the device to the GPU and improves your phone’s performance up to 60% and also supposedly reduce power use by 30%. Obviously, all of this is on paper only but actual performance of the device that is running on GPU Turbo still has to be seen. What Huawei is confident about is that it will be able to go up against some flagship devices from other OEMs when it comes to benchmarking tests. They didn’t exactly say which devices their mid-tier phones can beat but we’ll probably hear about it once the the Honor Play gets a wider release and once Huawei smartphones have been updated.

Which reminds us, which devices will get GPU Turbo updates?

Starting this month, they’ll be rolling out the software update to several devices. First up would be the Mate 10 and Honor V10, which is understandable since they’re the newest devices. In July, the P20 Series, Mate RS Porsche Design, Nova 2s, Honor 10, and the MediaPad M5 will get GPU Turbo. The Nova 3e, Enjoy 8 Plus, Enjoy 7S, Maimang 6, Honor 9 Lite, and the Honor Play 7X will get their update by August. Even the older devices like the Mate 9 series (September), the P10 Series, Honor 9, and Honor V9 (October) will also be turbo-powered eventually. They also mentioned other unnamed devices that will get the update by November.

Who will benefit from these upgrades?

Although the GPU Turbo is being marketed at gamers, having a phone that will perform 60% better will of course benefit everyone. But if you do love playing games on your mobile device, then this will especially excite you. For now though, it will only work with the “traditional” games, but they are working on another update that will support Augmented Reality (AR) and Virtual Reality (VR) gaming.

What do I need for the update?

The good news is that you don’t need to buy any additional hardware for this update. As previously mentioned, it’s a software update. So you just have to wait for the notification to arrive that it’s ready for your device, make sure you have strong Internet connection and that your device is charged or connected to a power outlet or power bank. And then tell us afterwards if you feel like your smartphone is now performing 60% better than before at 30% less battery power.