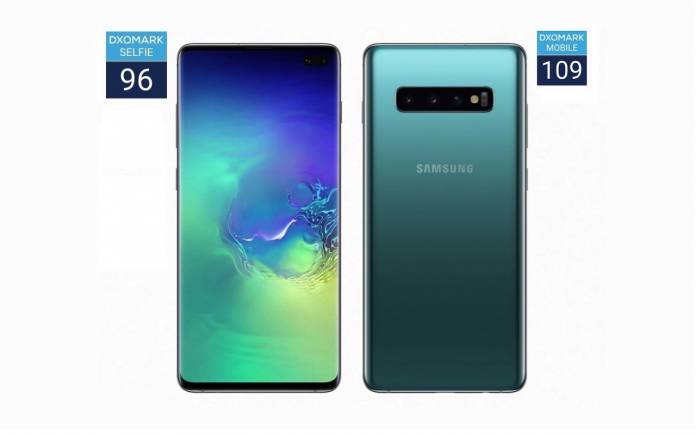 DxOMark has a new King. Well, not quite as the Samsung Galaxy S10+ is still tied with the long-time winner Huawei P20 Pro and its sibling, the Huawei Mate 20 Pro. Making the Galaxy phone better is the selfie camera as it scored 96–the highest so far since the DxOMark Selfie Overall Score became a new protocol. The recently announced Galaxy S10+ beats the Huawei Mate 20 Pro and P20 Pro in the selfie cam department with scores of 75 and 72, respectively.

Can we say the Samsung Galaxy S10+ is the new Selfie King? Yes. But then again, it depends on who you’re asking and the standards. It may not be long because Vivo and OPPO have 32MP selfie shooters. We hope to see how the Vivo V15 Pro and OPPO F11 Pro will score on DxOMark soon.

The Galaxy S10+ is number one on the DxOMark Selfie section. It’s also on top of the DxOMark Mobile scale immediately beating the Xiaomi Mi 9. We had high hopes about this Samsung flagship and thought it would achieve a higher score than the Huawei flagships.

The industry standard for phone cameras and lenses, DxOMark, review the new Samsung Galaxy S10+ using a comprehensive scientific protocol and tools with the help of engineers as testers. The 10th Anniversary premium flagship phone from the South Korean tech giant was tested right away so we can assume the guys at DxOMark received the phone way before the Unpacked event.

The phone’s selfie camera setup is composed of two sensors–a 10Mp sensor with Dual-Pixel AF and f/1.9 aperture plus an 8MP sensor for depth sensing with f/2.2 aperture. The selfie shooters are placed under an elongated camera hole in front.

DxOMark has summarized the pros and cons of the dual selfie camera system of the Samsung Galaxy S10+. The device allows pleasant skin tones, color rendering, and white balance. Those noise on faces and the background are well under control.

You can notice good target exposure on faces in most conditions. Autofocus is accurate and repeatable. Subject isolation and nice blur gradient in bokeh mode. Details in bright light at all shooting distances, exposure and low noise in flash images are all relatively good.

There may be some disadvantages like dull colors in low light, soft faces in group portraits and background details due to the narrow depth of field. Fine details on faces in low light are lost at times while there may be highlight clipping on skin tones in high-contrast scenes. You may also notice some color shading, lens shading, and color quantization with flash.

As for selfie videos, the selfie cameras offer accurate target exposure on faces in most conditions, efficient image stabilization, controlled noise, good detail in bright light and under indoor conditions, and good color rendering and skin tones. Unfortunately, there may be some moving texture artifact in static scenes, high-frequency camera shake in static scenes, and occasional exposure instabilities if we’re talking about selfie videos.