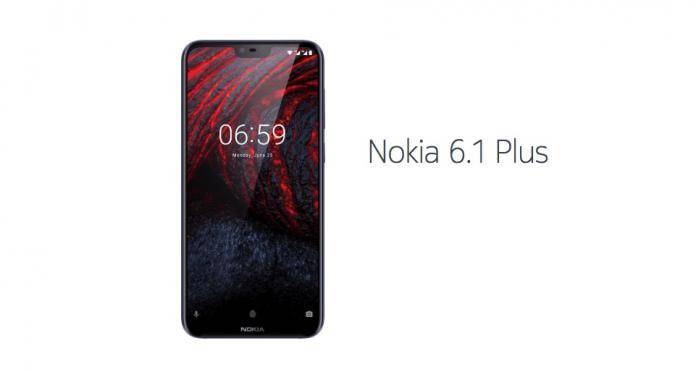 Last week, we reported the Nokia phones’ hide notch option was deleted. No thanks to Google for removing the feature mainly because it is not yet officially supported on Android Oreo-based Android One, only on Android 9 Pie–or so we thought. If you own a Nokia 6.1 Plus or are planning to get one, don’t worry because an HMD Global executive promised the issue will be over soon. The hide notch option will come back to the smartphone according to CPO Juho Sarvikas who shared the good news in a tweet.

The August Security update for Android has removed the hide notch option from the Nokia 6.1 Plus. It was frustrating for some people who don’t want the notch or prefer to have a normal display.

Interestingly, we heard another explanation for why it was deleted. It’s not due to the Android One program but because the version running on the Nokia 6.1 Plus is closer to the one running on the Pixel phones. The early Pixel phones don’t have a notch yet so there really is no provision to hide or unhide the notch.

Adding the hide notch feature should be easy although it’s not really required by Google. Android One program doesn’t prevent the feature to be added. There is no requirement from Google that prevents such from happening.

Google usually asks OEMs to make adjustments on how they implement new software features, focusing on application compatibility. There may be times that an app may not work depending on how the dev intends it to work.

We just know the Android One program doesn’t require or prevent the hide notch feature to be added. Google may ask developers to make changes but nothing major.

Android compatibility requirements don’t really mention a notch hiding feature. It’s good to know HMD Global is working a solution despite the absence of an explanation. Google hasn’t given any formal and official response either.

The Android One program doesn’t prevent anyone from adding a notch hiding option. You can still do so as long as you know your way around Android development.

Just to close the "notch gate", we will enable setting to black out notch on the Nokia 6.1 Plus.

Have a great & relaxing weekend everyone! ?️ #nokiamobile