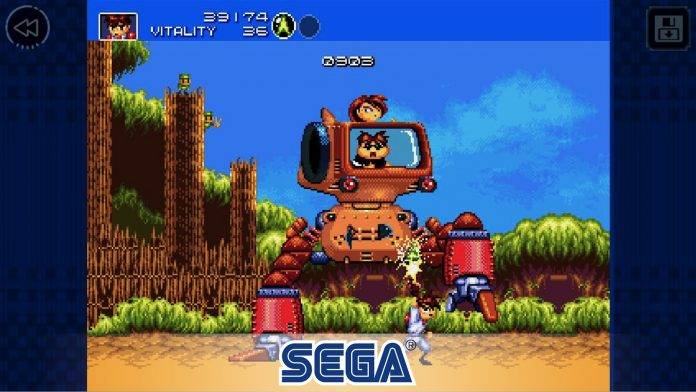 Here is another classic game being added to the SEGA Forever lineup: Gunstar Heroes Classic. After Beyond Oasis, Space Harrier II, and Golden Axe, Gunstar Heroes is the latest classic game that will remind you of your childhood. The year 2017 is all about Sega working on the retro classic games and bringing them to mobile but we’re expecting more will be added next year.

Gunstar Heroes is an action game that has Red and Blue, twin brothers extraordinaire, trying to stop the totalitarian empire. The latter is determined to dominate the world but the two won’t let that happen. Be prepared to launch lasers, homing missiles, and flame-throwers against the enemies.

Head on to the Ark, an orbital fortress, that is known as the headquarters of the General and his people. There are four different weapon types you can mix and match up to a total of 14 combinations. Build and choose the firearm that will help you defend your world.

The game is free to download but with a few ads. You can always opt for the In-App Purchase to remove the ads. You can save your progress within the game so you can get back on it every time. Refer to the leaderboard and try to compete with your friends or even strangers from all over the world. Beat the high scores and finish all seven levels.