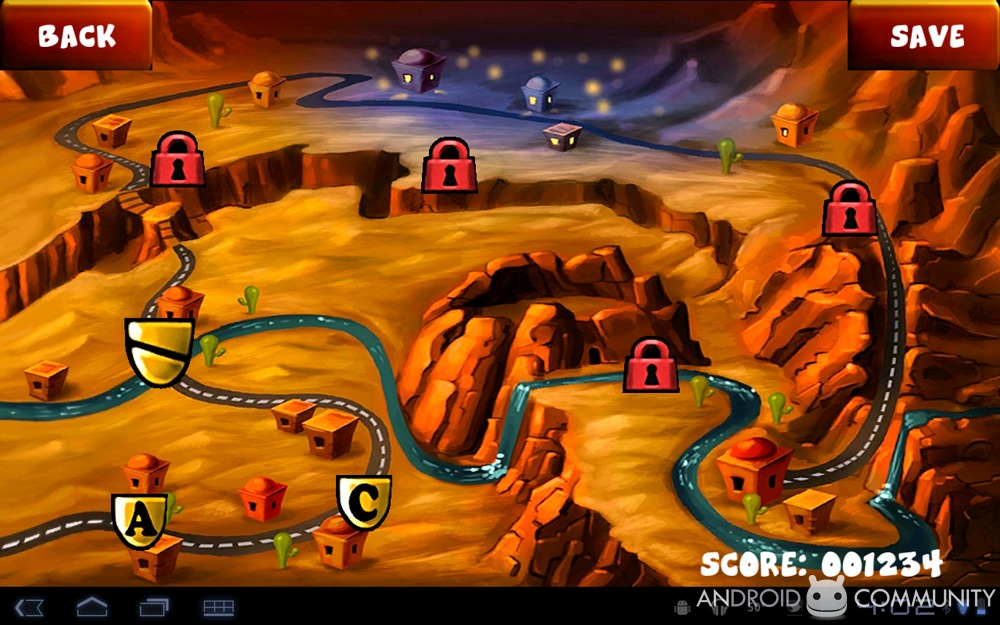 Lets begin by saying that Guerilla Bob works on lots of different Android devices. It looks fabulous on the XOOM tablet we’ve got sitting here, it looks lovely on the HTC ThunderBolt, and rolls out hard on the ATRIX 4G. The images and video you see below are on the Motorola XOOM tablet of course, as this is the big screen all games like this aught to be tested on, but let me assure you, it works just as well (and in some cases better) on the comparatively small screen. It’s a powerhouse of a fun and simple shooter at just three bucks – skip the review, it rocks like a stick of dynamite attached to an arrow sticking to a bad guy!

This game looks very much like the game Gun Bros., but if I’m not mistaken, Guerilla Bob was created before Gun Bros., and was released on iOS all the way back at the beginning of 2010 for FREE on iOS. Since then it’s been released as a HD version on the iPad, PC, Mac OS, and now Android. In fact, it’s already been tested on the Xperia PLAY – And you know they only put super neato games on that thang.

We just saw a couple pics of the gameplay and noticed that it only cost a few bucks and POW we were at it. This is a game that’s extremely easy to get into, challenging enough to make you want to play for minutes and hours on end, and there’s several modes of play (including a multiplayer mode!) that’ll keep you around for multiple plays. You can even play against your friends who have the iOS version! 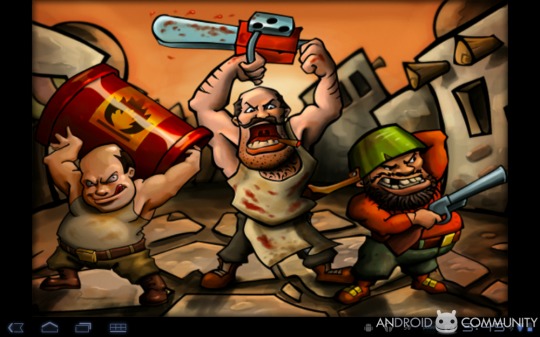 It’s a game that you use two thumbs for, or if you’re weird, two fingers for. Where when you’re playing Gun Bros you’ve got one finger to move and one finger to aim your gun, Guerilla Bob makes killing bad guys one notch easier by auto-aiming the gun, requiring only that you hold that finger down to fire – but beware! Holding your trigger finger down too long will result in an overheated weapon. 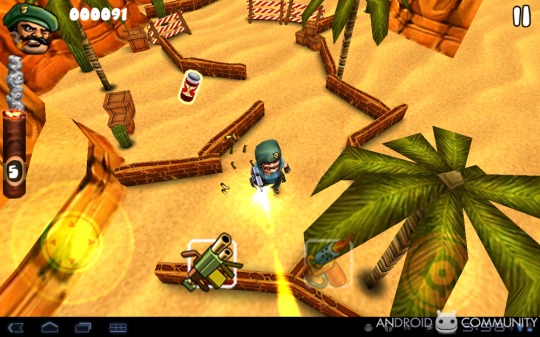 There’s short cinematic moments during the game, quickly showing up then turning back to the game in no time flat. Each of these shows either a boss or a new type of character you’ll be facing for the rest of the game. As they appear, so too will you get a greater chance at finding the guns they’re using against you – I’m not sure if this directly correlates, but it seems like it to me. 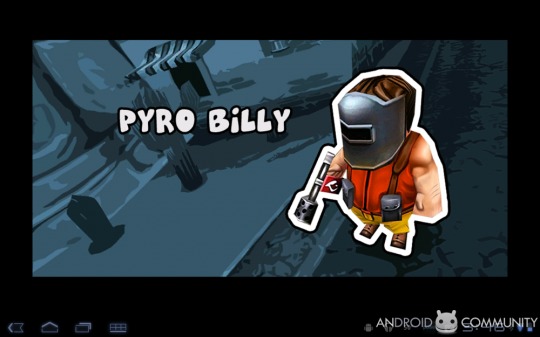 Of course, then there’s mercenary mode where you get money instead of points, and the money you can then spend on bigger and better guns instead of just finding them on the ground. That’s utterly enjoyable and addictive to the max. KILL EM ALL and have a hootin good time doing it – in fact, there’s some what I’d call Duke Nukem-esque war cries littered throughout the game like “TASTE MY BULLETS.” 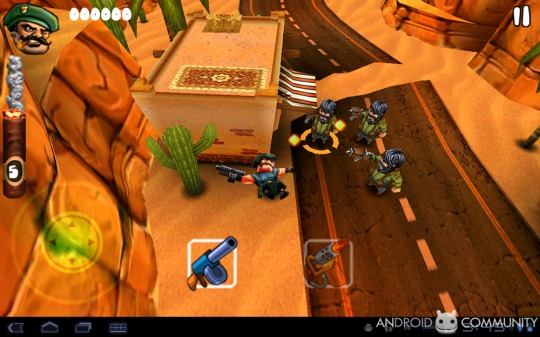 Worth the $3 all day long. Actually it costs $2.99, so it’s just a super deal. The game works great on most Android devices, big and small, and the mix of control and auto-control is really well formulated for mobile. Play it for 10 minutes or play it for 5 hours. It can get repetitive if you get bored murdering bad guys, but if you’re in to that sort of thing, and you like getting bigger and better weapons as you do so, then heck, here’s a game for you! Get your clickers or your tappers out and [GRAB IT HERE!] 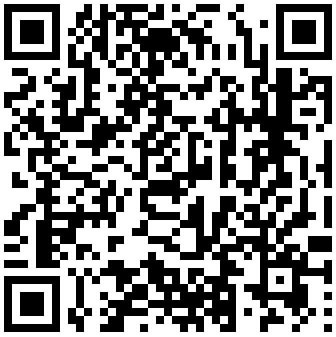