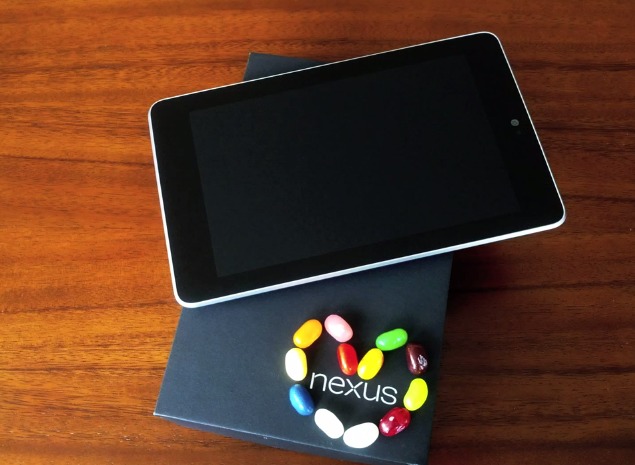 Google’s brand new Nexus 7 tablet can do many things. It rocks a quad-core processor for hours of intense gaming. It’s small and portable and Google’s recently shown it being used while camping. And now today they’ve shown you can do even more with the new slate. Recently a Google employee proposed to his girlfriend by giving her a Nexus 7 tablet pre-loaded with love — and a proposal video.

Our good friends at Google posted the news and video over on Twitter, so we figured we’d share it with our readers looking for a tablet, or to get married. The video below might be cheezy, but it’s awesome and “cute” to watch anyways. This Googler gives his girlfriend the Nexus 7 tablet completely pre-loaded with everything she loves. Her favorite movies, music, books and more all from the Play Store. Then the added bonus is the video he’s made asking her to marry him.

Pretty impressive right? Looks like Raj has been planning this for months and had tons and tons of help getting people to pose for photos with hearts. Google’s first and only commercial for the Nexus 7 tablet went live this weekend and shows a father and his sons enjoying some backyard “camping” but this video really shows the personal side of things. Pretty neat way to ask, and it’s a great way to promote a new product. Congrats to Raj and his new fiancé Aditi.