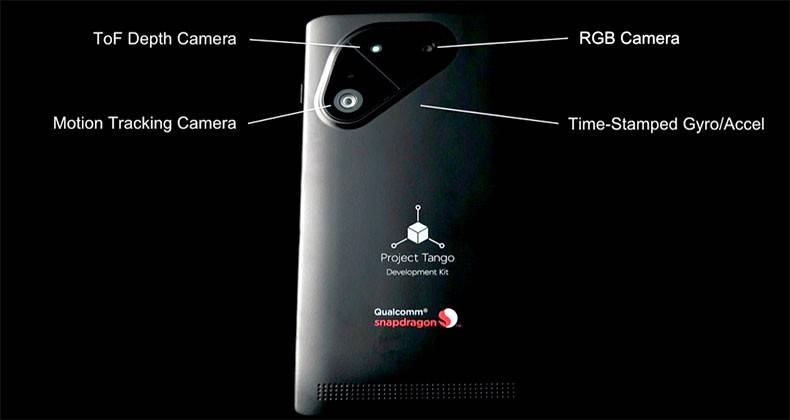 So here’s the news coming out of Google I/O – there are two Project Tango devices now. Both devices are still “developer units”, but it’s good to know that this is not a stagnant project for the mothership. The first device is the Project Tango tablet, which we have talked about at length. The second device is a Project Tango smartphone, which contains and uses Qualcomm processors to run the show.

If you haven’t heard of Project Tango, it’s basically a Google project involving a high-powered mobile device – initially a smartphone, then for most of the time they concentrated on the tablet – that had a powerful multi-camera system to be able to capture and render physical environments and objects in 3D – in real-time. Your device has to have some pretty kickass specs to do that, and the Project Tango tablet we know was working with the most powerful processor around at that point – an NVIDIA Tegra K1 processor.

Now we hear of a planned Project Tango smartphone, which is now most likely to use Qualcomm processor technology, quite definitely the Snapdragon 810 – which has some pretty iffy history. We’ll see if Qualcomm’s famed Snapdragon series will be able to hack the high performance needs of a Project Tango device. 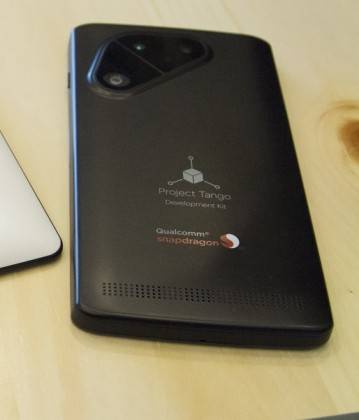 Project Tango will be requiring features like real-world 3D gaming, indoor navigation, and virtual and augmented reality experiences. Let’s hope Qualcomm is up to the challenge, without fears of overheating. Google has set the date of availability, the development platform will be available for purchase in Q3 of 2015.