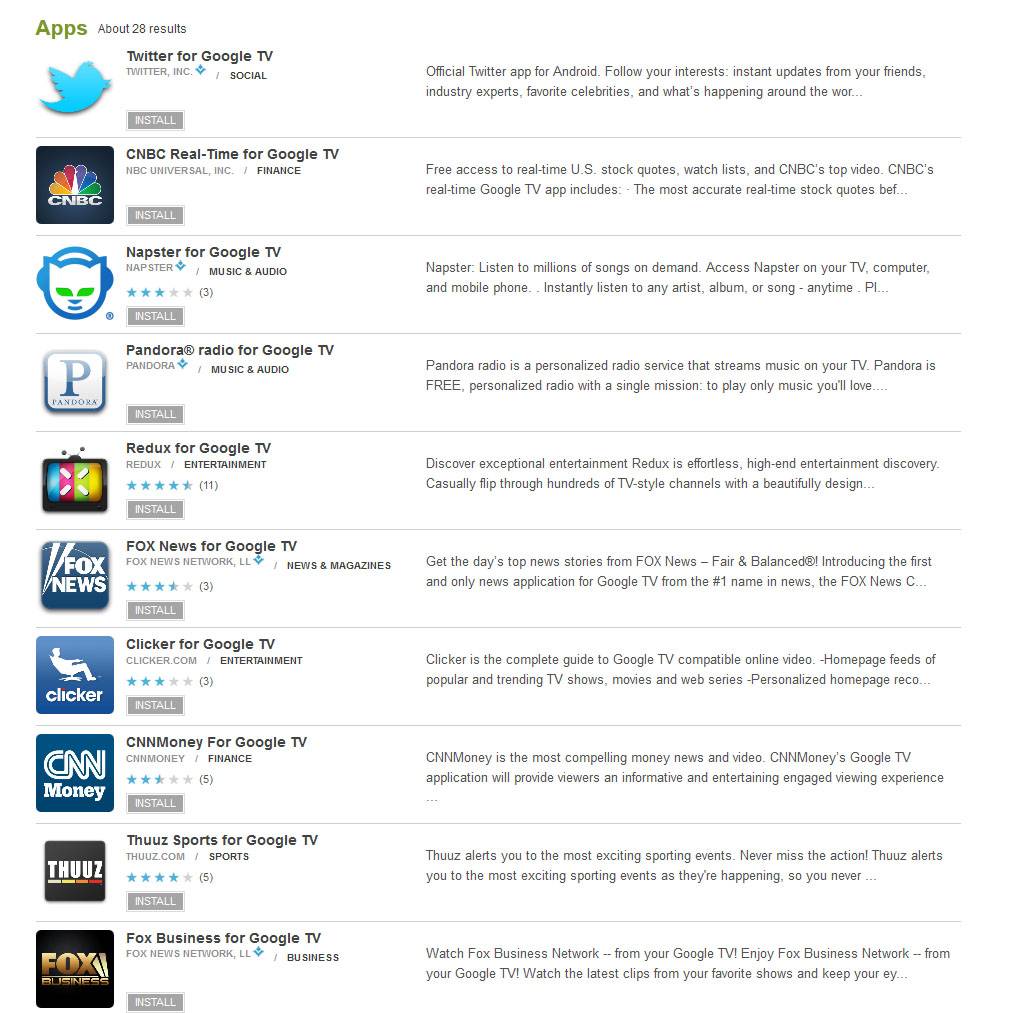 That didn’t take long. Just a few hours after Google’s official announcement of Google TV 2.0, apps specifically designed for integrated TVs and set-top boxes have started appearing in the web version of the Android Market. You can use this URL to check them out for yourself. There’s just 28 results when you specifically search “for Google TV”, and not all of them are true Google TV apps.  The generic “Google TV” search shows thousands, most of which are just ordinary Android apps matching the search terms.

Among the confirmed Google TV apps are Twitter, CNBC, Pandora, Fox News, CNN Money, and Motor Trend. We’re expecting a version of Angry Birds designed specifically for Google TV in approximately 20-30 seconds. Naturally these apps won’t show up on the Market if you search from a phone or tablet, and likewise, Market searches made from Google TV are probably not going to show standard smartphone apps, though it’s possible that some apps could work for both platforms eventually. Google TV apps must be coded using the resources in the expanded Android SDK.

Google TV’s Honeycomb update has been officially announced, and Sony set-top boxes and TVs will be the first to get in on the action next week. The Logitech Revue will get the update “shortly” after that, though retail units are already popping up with the new software prominently featured in the packaging. We’ll have more in-depth news as the long-awaited update begins rolling out.