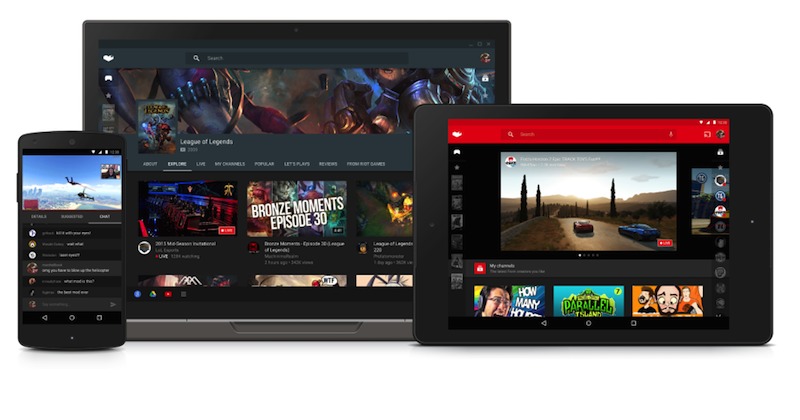 Twitch has introduced a new level of gaming but it will soon have a rival when YouTube Gaming goes live. We described it as Google’s own version of vicarious gaming and we’ll know soon enough how it would change the live gaming landscape. The timing may be a bit late because summer is over and school has just started but hey, this is a new kind of gaming I’m pretty sure most geeks would love to try and get into.

Google will officially launch YouTube Gaming tomorrow, August 26, Wednesday. It will become a hub for all things related to video games. This is where gamers can watch recorded and live videos about their favorite games. Livestreaming games will soon be possible with YouTube Gaming so more people from all over the world can watch a particular game in real time. This can be likened to YouTube Live Broadcast where anyone who owns a Galaxy S6 edge+, Galaxy Note 5, Galaxy S6, and Galaxy S6 edge can broadcast videos “live” which can then be watched on YouTube directly.

There are probably millions of gaming content on YouTube because they are hugely popular not just among professional gamers but also with kids and teens who simply want to watch gameplays. Some people are content with doing that while others really make time creating videos because for one, they can earn from them.

The Amazon-owned Twitch is first as a video platform and community for gamer. It will soon compete with YouTube Gaming when it comes to market share and honestly, we’re expecting YouTube will even surpass whatever Twitch has already accomplished. More people are familiar with YouTube and Google’s improving livestreaming tools like automatic conversion, DVR support, and 60fps streaming will absolutely enhance live gaming experience.

A link is all a viewer needs to be able to watch a live “show” on YouTube. There are more than 25,000 gaming pages available but Google will be curating what is shown to every person based on old data of channels and games liked or watched before.