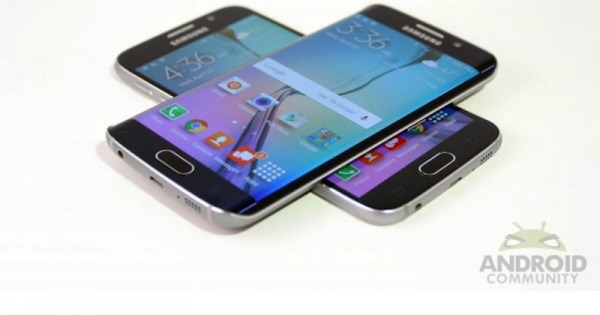 The Galaxy S6 edge+ and Note 5’s launch got the Samsung fans asking if the new features of the two new flagship phones will also be available on the Galaxy S6 and S6 edge. We never doubted about the possibility and we knew it was just a matter of time before Samsung makes the features available on the two older devices.

New features of the S6 edge+ include updated icons, RAW format saving, Vacuum Tube Amp Pro, Samsung Pay, and the Apps Edge. You’ll soon see these items on the Galaxy S6 and the Galaxy S6 edge after you apply the recent software update from Samsung. Well, the update was recently released in South Korea which means it will be available in the US and other regions soon (umm, but how soon?). The KNOX was already updated too because of the new Samsung Pay feature.

If you’re wondering if the YouTube Live Broadcasting mode would be enabled on the S6 and S6 edge, you’d be happy to know that feature is also included in the update. SamMobile has posted the updated software on its firmware section, now ready for flashing.

Note that this version doesn’t include RAW format saving of images and shutter speed control yet. Samsung could still be working on those items but feel free to flash, if and only if, you know how to do it. Otherwise, just wait for the official OTA from Samsung or from your carrier.