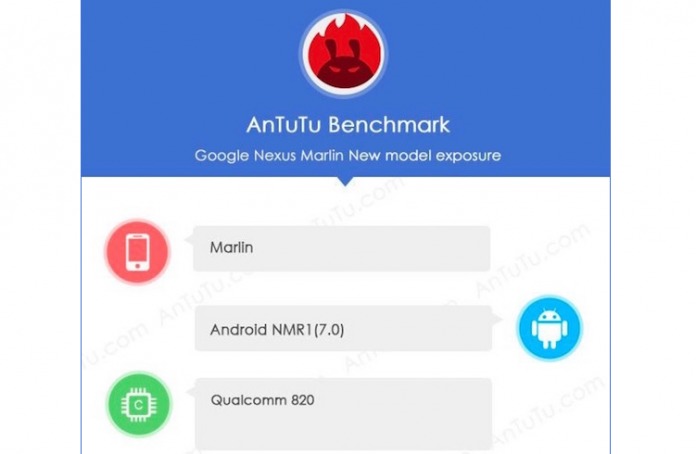 Marlin, the bigger fish of the two Nexus phones manufactured by HTC and yet to be revealed by Google, has recently been sighted on AnTuTu. This follows last week’s leak on Sailfish with information also from the Chinese benchmark site and then quickly followed by a set of phone images–also leaked. It’s the Marlin’s time to shine today although with only a few details.

Listed on the AnTuTu document are the following specs and features: Android 7.0 Nougat, Qualcomm Snapdragon 820, Adreno 530 GPU, 2560 x 1440 resolution, 8MP front-facing camera, 13MP main cam, 4GB RAM, and 32GB built-in storage. We’ve known that it will run Nougat since every year, Google releases the latest version of Android on Nexus devices. Over a month ago, some specs were uncovered and some of them are close to the leaked details like the pixel resolution, processor, onboard storage, and RAM. 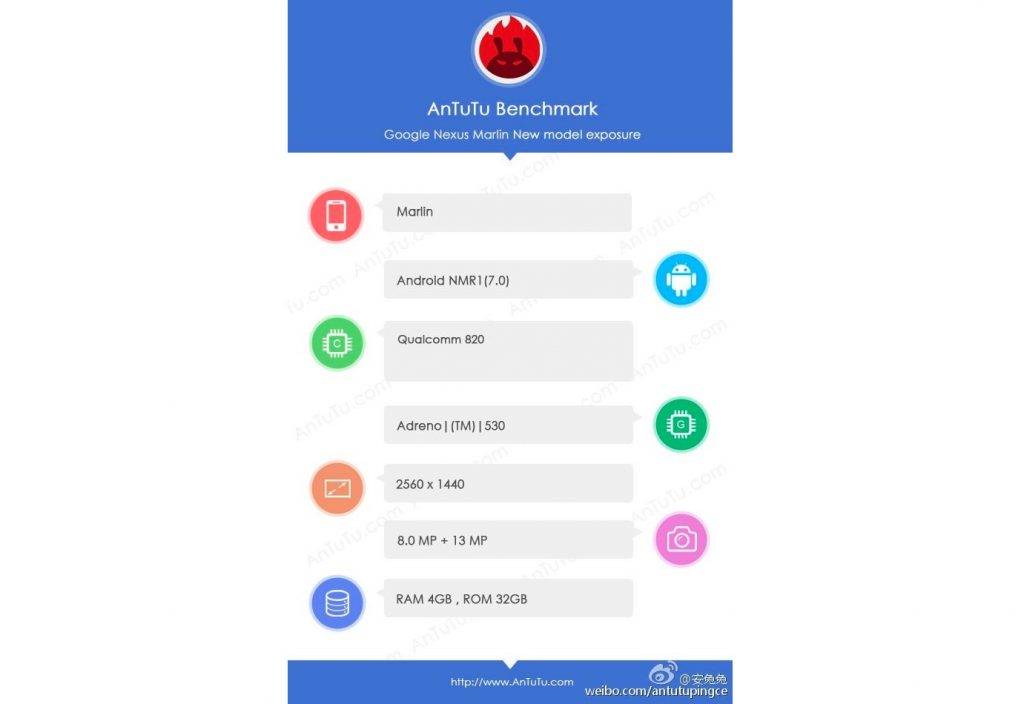 Looking at all the information gathered, we can say the HTC Marlin will be the more premium model. The specs are more high end. It’s bigger with the 5.5-inch screen with QHD resolution while the Sailfish only has a 5-inch screen with 1080 x 1920 resolution.