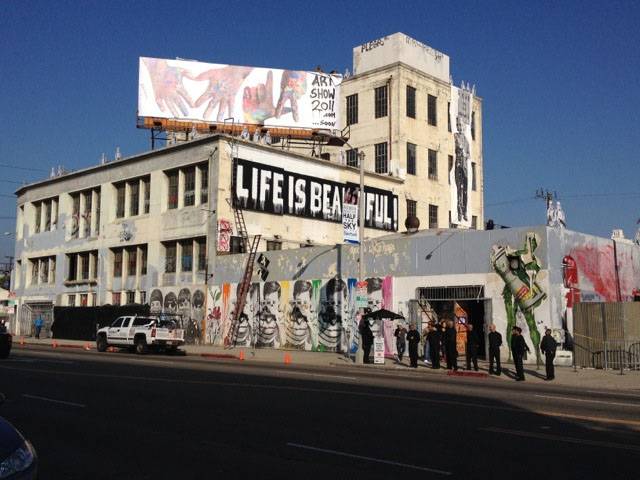 In a creatively-teased event in Los Angeles this afternoon, Google finally pulled the wraps off its long-awaited music store. Hundreds of tech press were crammed into Mr. Brainwash Studio, where the details were finally hammered out. Google has been testing the streaming music waters for since May with its Google Music Beta program, but today it comes to everybody in the country.

Google Music is now open to everyone in the United States. The uploading and streaming properties are intact: you can upload up to 20,000 songs to Google, completely free, and stream it to any device. Users can upload their music selectively using the Google Music desktop application from Windows, Linux or Mac. The Google Music app for Android, updated today, will tie into users’ digital locker saved on Google’s servers. You can stream the music to unlimited Android devices and access it from a desktop browser. An interesting new feature is a pin manager: simply pin songs or albums to your device to save a local copy, to make sure you can get to it even without a connection.

As expected, Music has been added to the Android Market along with Movies and Books. Google is offering “millions of songs” in the updated version of the Market, including suggestions based on your current music collection. Once a song or album is added it goes straight into your digital locker – no download necessary, unless you want it. All songs get a free 90-second preview, and come in at a high-quality 320kbps files.

The Market also gets some interesting social features, as your Google+ contacts can recommend music, which you can then check out. Friends will receive one free full play of recommended music that has been shared, a feature that’s completely new to the music industry. 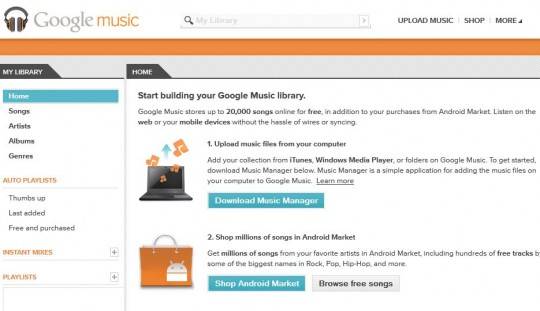 The Music store is live at the web version of the Android Market, and will be rolling out to Android devices in the next few days.

Sony Music, Universal, and EMI have all signed up for the service – so far, Warner Music is not on board. Numerous independent labels are also debuting with Google Music. Google is actively pursuing more music partnerships. Some exclusive Google Music content includes six as-yet-unreleased Rolling Stones concert, as well as Coldplay, Dave Matthews Band, Pearl Jam and Shakira. Busta Rhymes’ new album will be available only on Google Music, and the first track is a free download right now. 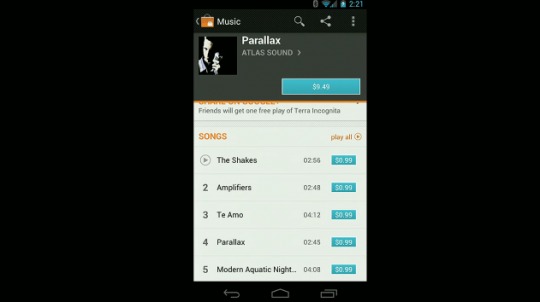 Independent artists can share their music through the Artist Hub, which publishes music directly to the Android Market. Artists can set their own prices (even free!) and establish their own band profiles on the Google Music service. Artists get 70% of the revenue from their songs with no album or track fees, and they can sell music against their YouTube videos.

T-Mobile customers will be able to pay for new music through their phone bill, just like they can with apps. The functionality hasn’t been added just yet, but should be coming very soon. T-Mobile will aslo be giving their customers free exclusive content from Drake, Maroon 5, Busta Rhymes and others through the end of the year.

Google didn’t mention pricing, but a quick look at the web version of the Android Market shows most individual tracks at 99 cents, with some featured albums as an all or nothing purchase.