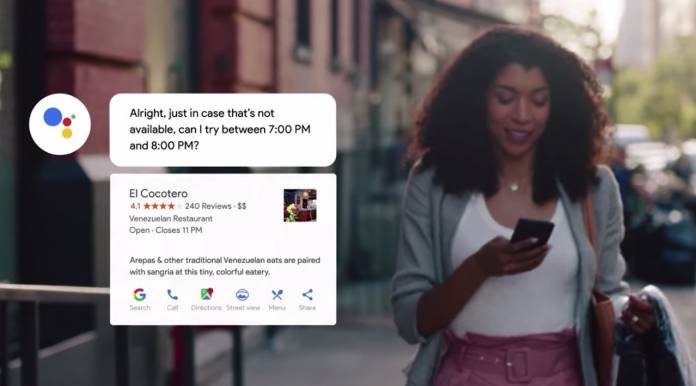 The Google Duplex was announced last year but it was only in November when we learned it would roll out to selected Pixel users. Nothing was heard since then until this week when we heard the feature will finally roll out in the country for non-Pixel devices. This means most Android phones like the latest Galaxy S10 from Samsung can run Google Duplex. In case you’ve been living under a rock the past year, Google Duplex is a Google Assistant feature that can call different businesses on your behalf.

This can be convenient for most people always contacting restaurants or whatever shop for a reservation or appointment. No need to go through those online booking systems that can be faulty, the Google Duplex “robot” can do the job for you.

This is the future of business. Not many people are convinced but it’s real. At first, the idea may sound freaky but Google knows how to do digital business.

If you receive a call from Google Duplex, it may be freaky but it’s going to happen one of these days to more mobile devices. Only Pixel 3 owners were able to experience the Duplex but in limited cities in the US, as well as, groups of users.

Google Duplex is now ready in 47 states for all Pixel phone owners. More Android and even iOS users will now receive the feature. We’re not sure how many have already enabled the Google Assistant feature or have used it but expect related reports will surface online.

People who hate talking to other people or don’t want to be bothered, you can use Google Duplex and see how convenient it can be. It’s not exactly an ideal setup but it works. Automated communication has a long way to go but we’re excited to try this one.