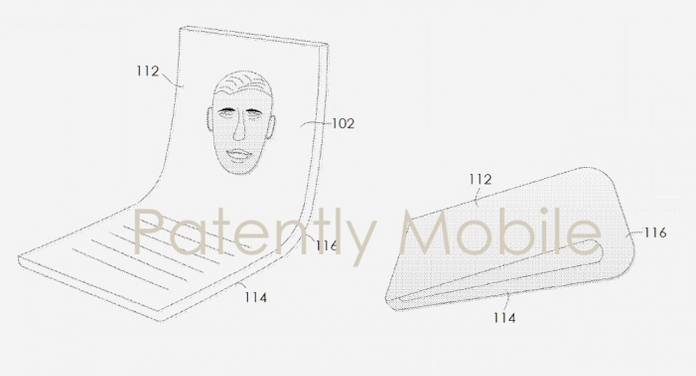 More foldable phones are being designed and developed. Some of the devices we’ve seen in the past are just concepts and patents but we know the top OEMs want to get serious with foldable-flexible devices. Samsung has rolled out the Galaxy Fold while Huawei has the Mate X. Other brands have made public their plans like Xiaomi, Motorola, Vivo iQOO, and ZTE. At this point, we can’t say what brand will be the forerunner in the foldable phone game. We just want to try out whatever will be presented to us.

Samsung will be rolling out other Galaxy foldable phones. Other OEMs will announce their own foldable phones in the coming months so we’re expecting a shift in the industry.

A Google foldable phone isn’t far from happening as the illustrations below show a mysterious computing device with a foldable display. The inward fold design reminds us of the Moto RAZR foldable phone.

There appears no hinge though so we’re thinking of a smoother display when opened. As for ZTE, the company is once again rumored to be working on a foldable smartphone. ZTE’s design though is close to the Galaxy Fold by Samsung, with the inward fold design. The ZTE patent was applied in December 2018 in China so we can expect a prototype may be leaked any day now.