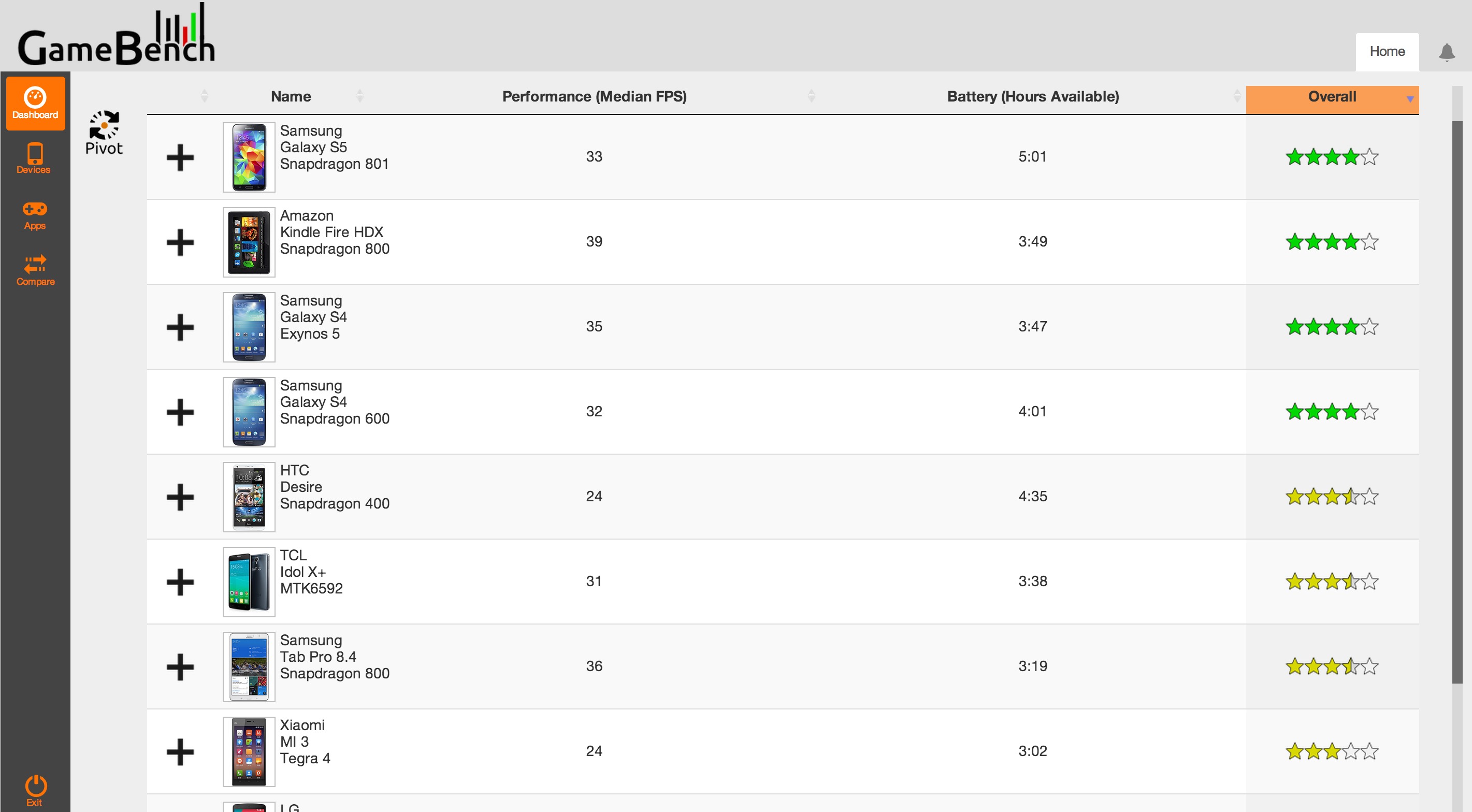 Truth be told, ever since we found out that Samsung cheated on one of its devices AnTuTu benchmark results – which then prompted every other manufacturer to “game” their benchmarks – we started feeling “meh” about benchmark results and which handset is the greatest of them all. Gamebench wants to rebuild our faith in benchmarking with a new “usability”-centered process, featured in its new app.

Gamebench is trying to pursue the “usability” metric – identified right now in their app in FPS (frames per second) in certain games, but not just in FPS but the amount of battery power it expends to get those frames. FPS is a very real indicator for people who would like to play games on their phones. But battery life is also a very real stat that tells us – in no vague terms – how long we can use our phones, hence the usability metric. Gamebench had earlier claimed that its process was “uncheatable”.

And the contrast here is that the app’s processes are not a one-time thing – the Gamebench app runs alongside your apps to get its data from your daily use. Data from units are also made available on a web portal so developers and users can compare the usability data they produce. The app is already available for download free via the Google Play Store.