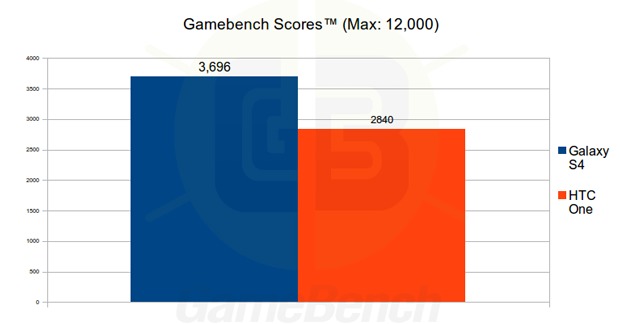 Benchmarking has become unreliable. What started as Samsung cheating on benchmark tests quickly morphed into just about everyone spiking their results, making us wonder if we were in the Android steroid era. While benchmarks are meant to provide a barometer of what can be expected from your device, they simply can’t be trusted.

Like the steroid era in Baseball, new testing methods are making their way to us. One such test is Gamebench, which promises their test is “uncheatable”. Rather than go for the one-time approach in which the app runs and attempts to exploit the device, Gamebench runs alongside the games you play, watching your real-world use. This is meant give an actual idea of how the device works in a day-to-day scenario.

Engadget ran Gamebench through its paces, testing it on an HTC One and Samsung Galaxy S4 using four games: Real Racing 3, Minion Rush, Dead Trigger, and Deer Hunter 2014. The results? The S4 won, but that’s not the story here. The real win has to do with the testing itself, which gives a better idea of what a device is actually capable of.

It also shows battery drain, which is a major concern for Android gaming fans. In the testing, the S4 did really well with frames-per-second, but accomplished that feat with increased battery drain. We should expect to see the app hit sometime early next year, and we’ll be sure to test it out with some legacy devices and compare tests when we get our hands on it.