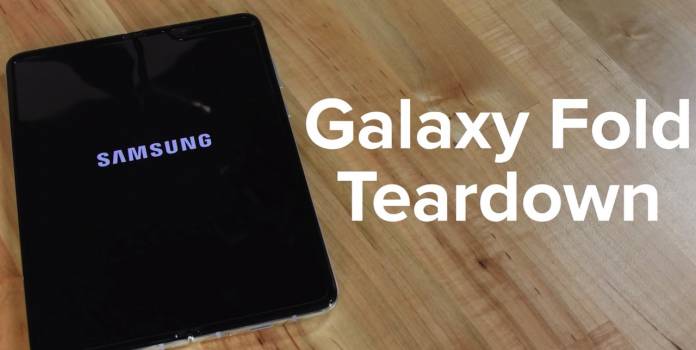 The Samsung Galaxy Z Fold 2 is the South Korean tech giant’s third foldable phone offering. It’s more of a hybrid phone-tablet as the small device opens to a bigger display. The Galaxy Z Fold 2 was launched together with the Galaxy Note 20 series, Galaxy Watch 3, Galaxy Tab S7, and the Galaxy Buds Live. It went up for pre-order and was actually delayed in South Korea because of high demand. A 512GB version was announced in China while a Thom Browne Edition is out in limited units.

The Galaxy Z Fold 2 was presented again in its own Unpacked event. We already compared it with the Microsoft Surface Duo. Its screen was also compared with the original Galaxy Fold.

After watching that Samsung Galaxy Z Fold 2 hands-on and first impression video by popular South Korean Boy Band BTS. People are saying this one is better and we can agree especially after watching this teardown video by IFixit.

While the original Galaxy Fold was problematic, this new Galaxy Z Fold 2 is more robust. The device is more polished with updated hinge and internals. When it comes to opening the phone, it’s not that easy to open. You need TLC if you don’t want to destroy that phone. With some heat, the screen lifts free without using any suction cup.

With some more prying, you can open the phone and see the inside. Plastic antenna modules block the first screen. The wireless charging coil is held down by many Phillips screws.

The insides look more significantly organized than the previous model. IFixit said it has inherited more of the Galaxy Z Flip’s characteristics than the first-gen Galaxy Fold.

The components inside are modular. You can easily change them but you have to go past the numerous screws. Removing the batteries can be a bit challenging. There are plenty of noticeable improvements from the original Samsung Galaxy Fold but repairability is still low–3 out of 10.