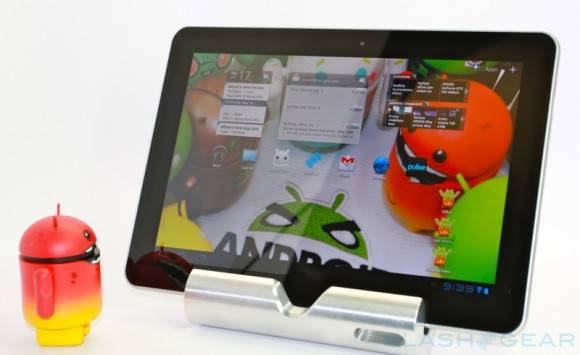 We have already talked about Samsung looking for a court date to try to get the ban on the sale of the Galaxy Tab 10.1 in Europe overturned. That court date was slated for August 25. Samsung won’t have to wait that long to get the tablet back into some parts of Europe. The ban on sales of the Galaxy Tab 10.1 tablet has been lifted in many parts of Europe allowing sales to start back up.

The only country left with the ban in effect inside Europe is Germany. Exactly why the German court that had placed the ban suddenly changed its ruling is unknown. It is possible the evidence that Apple may have manipulated images used to get the ban put into effect could have affected the decision, but the validity of that is unknown. Others suggest that the language in the initial ban ruling may have been the reason for the backtrack.

Some reports suggest that confusion centering on language in the ban around establishments and subsidiaries between German and English may have prompted a review by the court. However, should the court come back and rule against Samsung and sales are restarted in areas Samsung could be looking at substantial damages.