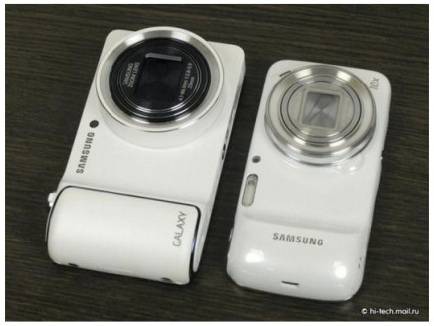 These images weren’t accompanied with much in terms of descriptions, however it seems clear that the person responsible for those images was intent of giving a side-by-side comparison with a few other ‘known’ handsets. While we may not be the biggest Apple and Nokia fans here, it stands to reason that most everyone has at least seen the iPhone 5. Particularly interesting though, the Galaxy S4 Zoom appears to be a decent amount smaller as compared to the Galaxy Camera. 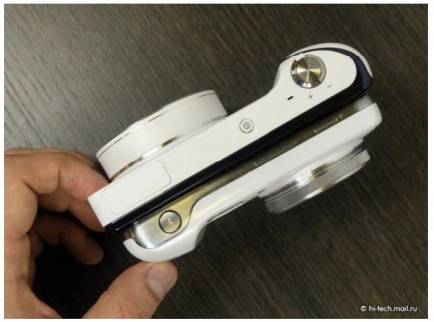 Not only does the Galaxy S4 Zoom appear smaller in size as compared to the Galaxy Camera, but it also looks a bit more easy to carry around in a pocket. With that in mind, given the S4 Zoom is a true camera and phone, that sort of fits in with the expectations that we have. In fact, the Galaxy S4 Zoom appears much more similar to the size and shape of the Nokia, not that we think Samsung is copying.

Aside from the Galaxy S4 Zoom announcement, we have already seen the first promo video hit the web. That video was posted by Samsung the other day and offers a rather nice look at the camera specific features — including how the zoom-ring is able to serve as a quick launch to the camera goodies. 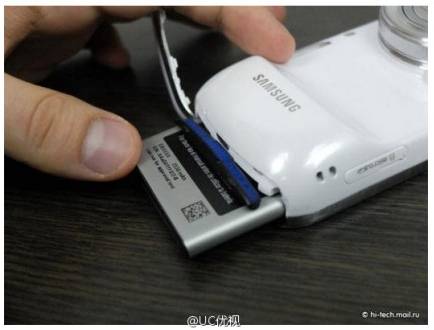 That all being said, the Galaxy S4 Zoom and Galaxy Camera images were all included in the post above. To check out the Apple and Nokia comparisons you will need only to venture down into the image gallery sitting below. And shifting away from the Galaxy S4 Zoom for a moment, it looks like Samsung has another Android-based camera ready for announcement. We have yet to see official details, however some images of the Galaxy Camera NX recently leaked.