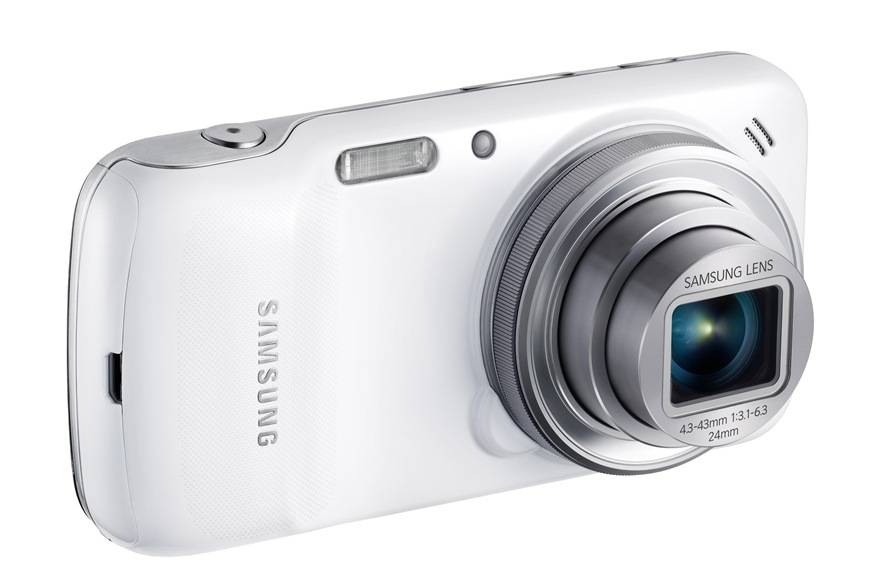 Samsung has rolled out another well-rumored variant on its Galaxy S4 family, in the shape of the phone-camera hybrid Samsung Galaxy S4 Zoom. Fusing a Galaxy S4 Mini to a point-and-shoot, the new handset packs a 16-megapixel CMOS with a 10x optical zoom lens, while on the back is a 4.3-inch qHD touchscreen and Android 4.2 Jelly Bean. 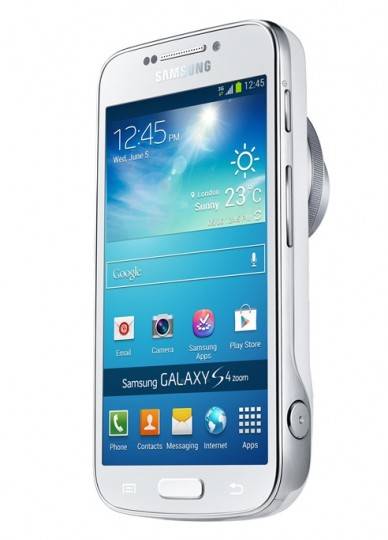 As for controls, Samsung has shifted the zoom functionality to a ring around the lens, and in fact if you twiddle that during a call the Galaxy S4 Zoom automatically switches into camera mode, fires off a snap, and then allows you to MMS that to whoever you’re talking to. Otherwise, there’s the same Smart Mode system as we saw on the Galaxy Camera, with 25 different auto settings ranging from HDR, through panorama, to Action Freeze and Light Trace.

On the phone side, there’s a 1.5GHz dualcore processor – Samsung says the source will depend on market – with 1.5GB of RAM and 8GB of storage (around 5GB of which will be user-available). There’s a choice of LTE or HSPA+ models, depending on market, and all have WiFi a/b/g/n (5GHz), Bluetooth 4.0, and NFC.

A-GPS and GLONASS are supported, and there’s an accelerometer, digital compass, proximity sensor, gyroscope, and a light sensor. You get all of Samsung’s usual TouchWiz tweaks on top of Android 4.2, including S Voice and S Translator.

The Samsung Galaxy S4 Zoom measures in at 125.5 x 63.5 x 15.4 mm and weighs 208g with its 2,330 mAh battery. Samsung isn’t saying how many shots that will be good for, nor how much the camera-phone hybrid will cost when it arrives this summer. We’ll presumably find out more on June 20, when Samsung brings its new range to London for its “Premiere 2013” event.