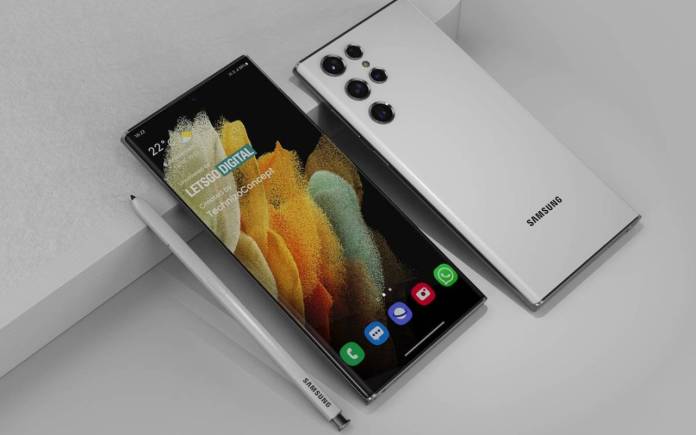 Details about the forthcoming Galaxy S22 Ultra are leaking more frequently now. We know how the phone (in fact all the three upcoming phones) would potentially look or what camera configuration it would launch with. It is also most likely confirmed that the Galaxy S22 Ultra will have a squarish design and feature a slot for the S Pen – something Galaxy Note fans will instantly take to.

If that claim is anything to go by, we are looking at a real pen-like writing experience on the forthcoming Samsung flagship, which would attract creators in numbers. Aside from this, the Samsung Galaxy S22 Ultra is likely to feature a 6.8-inch Dynamic AMOLED, 120Hz variable refresh rate display.

The phone is expected to draw power from Snapdragon 8 Gen 1 processor and option of Exynos 2200 in some markets. Featuring a 40MP selfie camera, and a 108MP primary camera in the triple camera array at the back, the Galaxy S22 Ultra could have a 5,000mAh battery with 15W wireless and 45W fast charging support.