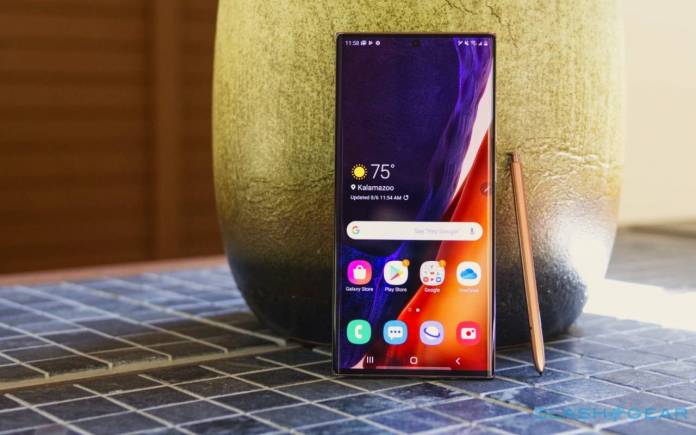 The green tint problem from Samsung seems to be not over. The same issue has been sighted on the Galaxy Note 9, Galaxy S20, and the Galaxy S20 Ultra. Looks like the Galaxy Note 20 and Galaxy Tab S7 have inherited the problem that is bothering a number of device owners. Yes, it didn’t inherit Galaxy S20’s focusing issue but did it get something from the older phones. The green tint screen has returned. It’s still the same–display looking a little green when brightness is lowered from a fixed value.

The Samsung Galaxy S20 series received an update for the green tint bug a few months after reports started coming in. We haven’t experienced the problem but a number of unit owners of the Galaxy Note 20 Ultra, Galaxy Tab S7, and Galaxy Tab S7+ have reported the same issue. Interestingly, the units affected are those that use Snapdragon. The problematic Galaxy S20 phones reported before were of the Exynos variant.

Even the Galaxy Tab S7 series have it. We doubt the issue is on the Super AMOLED displays. The green tint is there which is actually nothing new since other smartphones got the same as the OnePlus Nord, OnePlus 8 Pro, and the iPhone 11.

Samsung should have known better to prevent the problem since it experienced the problem several times already. The company may have overlooked this area but we’re glad to know a solution can be easily applied.

It can be assumed the problem isn’t on the hardware. A simple software update may fix the issue. Samsung has not officially acknowledged the problem and it should be ready to release an update as soon as possible. Let’s wait and see.