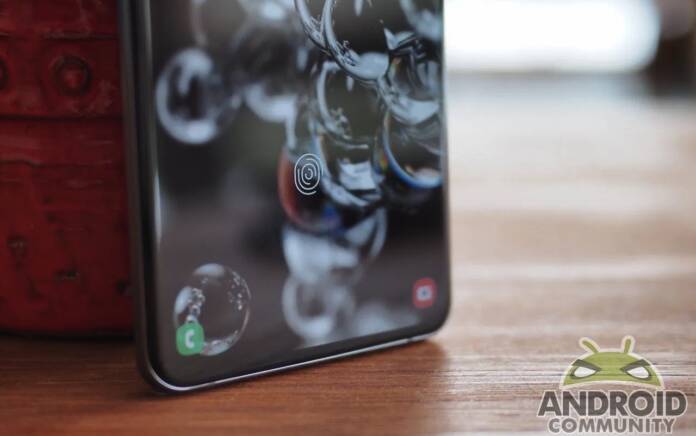 The Samsung Galaxy S20 Ultra was recently reported to be heating up. There’s also an autofocus issue but we’re positive the South Korean tech giant will be able to release a fix very soon. But then again, another issue has been shared by some Galaxy S20 Ultra owners. Apparently, there is that annoying green tint on the screen. We didn’t see that one during our comprehensive review but we’re hoping a solution will be provided soon. It’s not clear by the last security patch that was released for the Galaxy S20 Ultra was the culprit.

The last update for the Samsung Galaxy S20 Ultra was released last March. It delivered a fix for another issue concerning the camera. We’re not sure if it’s the same that delivered the April security patch but the latter is said to be the one that added the green overlay.

We know that Samsung didn’t mean to add anything distracting to the screen but a software update made it happen. The problem is said to happen on devices running at higher than 60Hz refresh rates like 96Hz and 120Hz. Another interesting thing to note is the fact that the issue mostly has happened on the Exynos variant of the Samsung Galaxy S20 Ultra.

The apps where the green tint appears include Chrome, PUBG: Mobile, Snapchat, Telegram, Camera, Calculator, and Samsung Pay. It’s not that big of a deal because a simple device reset fixes the problem although it can happen again especially when the temperature of the device hits over 40C. It can also happen when the battery is down to five percent. Some have also reported the problem happening at only 60% battery.

The green screen issue may not be bothersome for most people but it’s not something we want from a very expensive smartphone. We’re crossing our fingers Samsung releases a fix soon or at least acknowledge the issue. We don’t know if the problem is widespread but it happens to the Exynos variants.