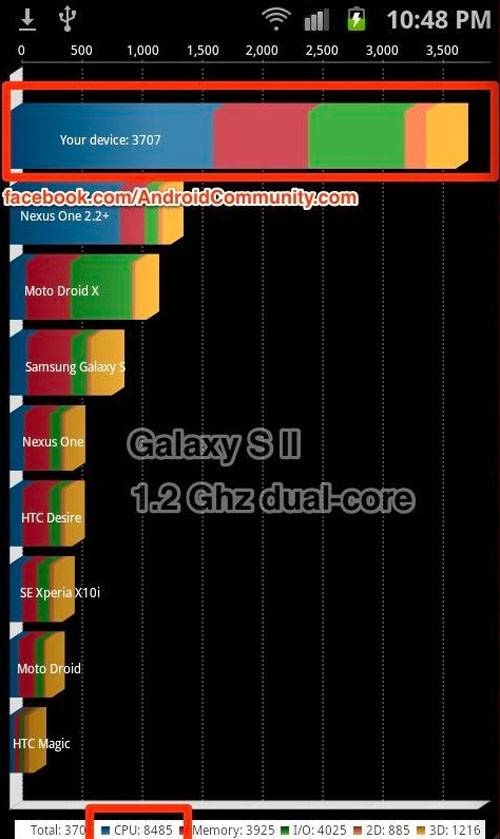 Behold a simple test of wills. A test of benchmarking, a test of numbers adding up to one simple factoid – which device is best at taking the test? We’ve got three massively powerful devices here, one with bigger GHz than the last. The Samsung Galaxy S II has, prepare yourself for all these letters an numbers: a 1.2 GHz dual-core ARM Cortex-A9 SoC processor; Samsung Exynos (GT-i9100). The Qualcomm MDP rolls out with Qualcomm’s dual-core MSM8660 running at up to 1.5GHz (with an Adreno 220 GPU, for fun!) Finally, the T-Mobile G2x has the lovely NVIDIA Tegra 2 1GHz Dual-core processor. How in the world can each of these titans be asked to come soundly to a fight, a fight that pits all against one another?

First, let’s take a look at the lowest scoring device. It makes me weep a little bit because the G2x is such a lovely little device and I’ve got a couple heart strings attached to the fact that Android Community had it basically before everyone else and still dominates the review circuit (try looking up “G2x Review” in Google, for example,) so this is super sad and let’s all cry about it. The lowest of the three scores in Quadrant is 2659. This is the T-Mobile G2x and it’s the lowest by almost 1000 points. 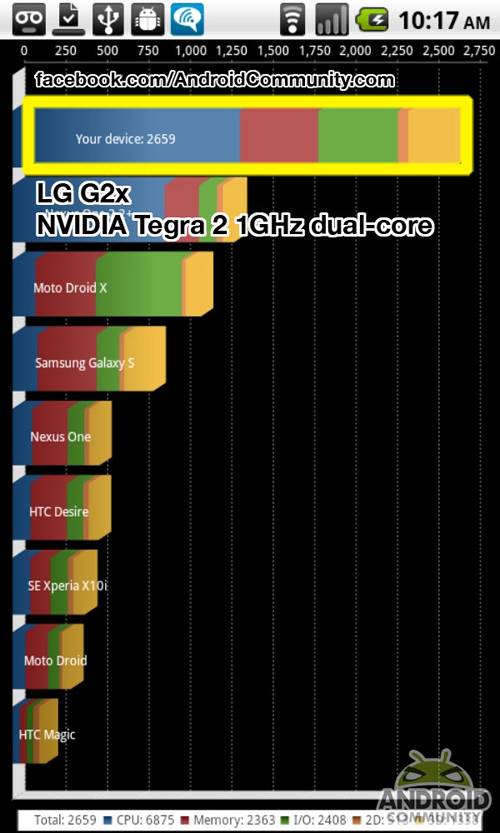 The other two scores are much closer to one another than the G2x is to either of them. It may surprise you that it isn’t the Qualcomm MDP that comes out on top here. This massively powerful developer-oriented device comes in at 3527, a mere 150 or so behind the top player, but lower nonetheless. If you came to this post looking for price value in Quadrant scores, you might also want to think twice before purchasing the $1300 Qualcomm MDP – that’s not what it’s made for though, so think thrice. 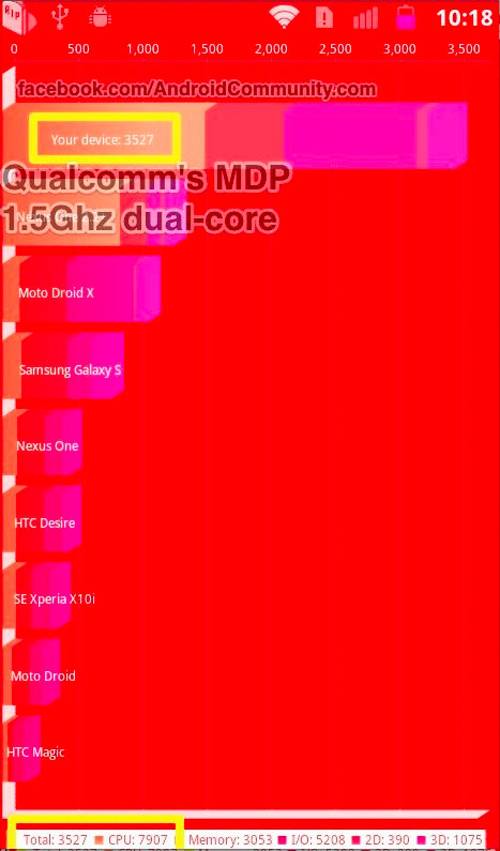 Finally, the king, the powerhouse, the phone that by all means may well break all the records in the world with its awesomeness, the Samsung Galaxy S II. This phone is the next step in Samsung’s epic family of Galaxy devices (right after the very similar looking Samsung Infuse 4G,) and will not take a second chair to noone, nohow! Samsung Galaxy S II, (and remember this is still the Euro version,) grabs top spot with 3707 in Quadrant.