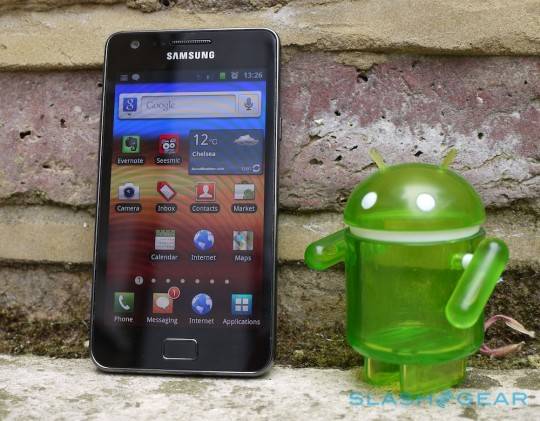 Industry sources claim that Samsung sold 120,000 units combined across the three major carriers in South Korea in three days. SK Telecom Co. activated 65,000 S II smartphones. KT Corp sold 40,000 of the phones and LG Uplus Corp moved 15,000 S II smartphones. LG Uplus is the smallest carrier that offers the phone. There is no indication at this point if the sales stayed high after the initial three days of availability.

The S II is an impressive little smartphone with an dual-core processor. The smartphone runs Android 2.3, it has WiFi, and a 8MP rear camera with a 2MP front camera. The screen is a 4.3-inch WVGA Super AMOLED Plus offering and the smartphone can be purchased with 16GB or 32GB of storage and has a microSD card slot too. That memory card slot supports up to 32GB cards and the phone has NFC tech inside too.

Update: Sorry about the specs on this, I obviously opened the wrong spec sheet on the initial story.