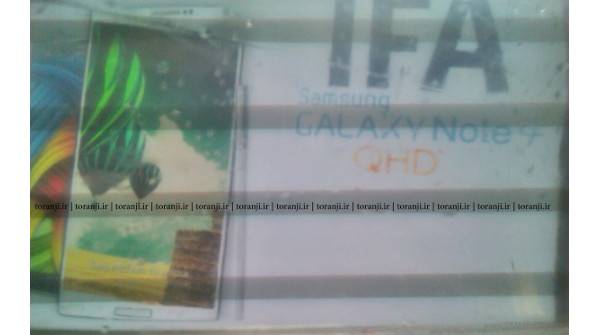 Those looking forward to the next generation of Samsung‘s S-Pen powered phablet are mostly likely just counting down hours instead of days. And while we too are very curious to see what tricks the device has left up its sleeves, one part is almost all but confirmed thanks to Samsung itself. The Galaxy Note 4 will indeed bear a QHD screen, according to Samsung’s own website UAProf as well as its IFA poster.

The UAProf, or user agent profile, is used by websites to attempt to deliver content optimized to each device’s screen. As such, it would, at the very least, include information such as screen resolution. The UAProf for the SM-N910T, which is noted to be the model number for one Galaxy Note 4 variant, lists a resolution of 2560×1440. As websites don’t usually optimize for screen size and only for resolutions, it doesn’t exactly list that information though word on the street is that it will be the same 5.7 inches as on the Galaxy Note 3, giving the latest incarnation a higher DPI count.

That resolution, the QHD part and not the exact pixel count, is also confirmed by a leaked photo of Samsung’s IFA poster, which does explicitly mention “QHD”. Other than that, as well as a render of what the Galaxy Note 4 might look like, it doesn’t give much information.

Thanks to innumerable leaks and rumors, though, we have been able to assemble an almost complete picture of the device. That includes a processor that’s either a Samsung Exynos 5433 or Qualcomm Snapdragon 805, depending on the market, the highest 4 GB RAM you’ll find in any commercial smartphone, a 16 megapixel rear shooter, and most likely the same host of sensors found on the Galaxy S5. Whatever other surprises Samsung might hold, especially when it comes to the S Pen and related features, we will know for sure when the company makes its big announcement on September 3, 3 p.m. CEST. Keep tabs on our IFA 2014 tag portal for that highly anticipated event.