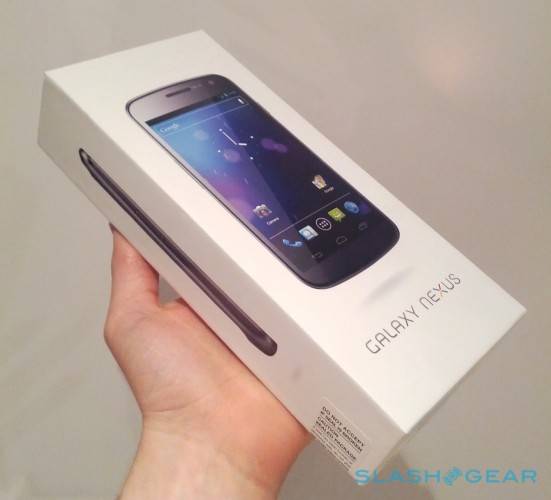 The first major technical problem to arise from the Galaxy Nexus and Ice Cream Sandwich appears to have been solved. After reportedly halting sales of the high-profile phone, Samsung has applied a software patch to stop the muted or fluctuating volume issue that plagued the Galaxy Nexus in areas of low GSM signal. UK retailer Clove reports that their new units already have the update installed. Shipments have resumed, so UK Android fans can once again buy the phone at their leisure.

As often happens with this sort of thing, multiple solutions to the problem were presented long before Samsung and Google issued their official patch. High-profile ROM developer Paul “Modaco” O’Brien developed his own fix, among various other Ice Cream Sandwich tweaks, and the official update leaked for eager patchers yesterday. Google stated that the fluctuation issue, which affected some phones while being used in the 900mhz band, could be completely resolved with a software patch.

As you probably know, the Galaxy Nexus’ LTE variant still isn’t available from Verizon. Speculation that the United States delay was caused by extended testing of this very issue is just that, speculation. The hardware differences between Verizon’s CDMA and the more standard international GSM make it unlikely that the same bug would affect US-bound phones, but Google and Samsung may have patched it anyway to cover their bases. And speaking of hearsay, there’s no word on that pre-order “confirmation” that was being reported widely yesterday.