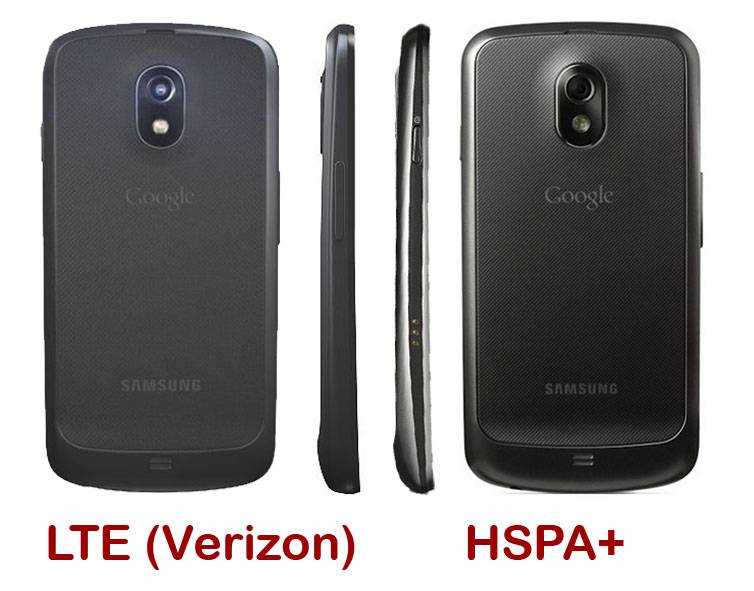 We’ve known for a while that the LTE version of the Galaxy Nexus, the model that Verizon will be launching in the U.S. (eventually), would be a little chunkier than its HSPA+ brother. Fed up with waiting on Verizon to release some official information, Google went ahead and put a 360-degree view of the LTE model up on the official Nexus web page. You can see the relevant comparison below.

The LTE model is 9.47 millimeters thick, just a hair more than the HSPA+ version at 8.9mm. The extra space is to accommodate an LTE radio and a battery that’s 100 mAh larger – 1850 to the standard model’s 1750. You can also see that the LTE version dispenses with the silver-painted plastic ringing the outside of the phone, going for a matte grey/black look. The battery cover may be a different shade as well, but since they’re both press shots and appear to differ somewhat, that may be a trick of the light.

Seeing the models side by side dispels worries that the LTE Galaxy Nexus would be a thick brick, not unlike certain Verizon LTE phones we could mention (cough, Thunderbolt, cough, BIONIC). Sure, it’s not going to give the DROID RAZR a run for its money any time soon, but it isn’t really meant to, and a dual-core phone with a gigantic screen and an LTE radio is still doing well to make it in under the centimeter mark. Now if we could only buy the phone.