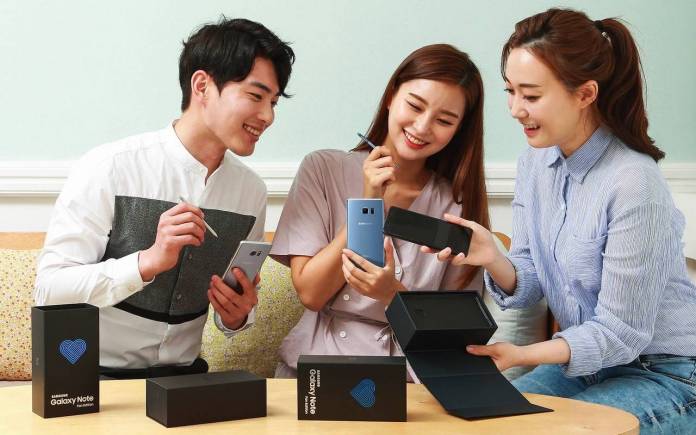 Samsung is busy preparing for the Galaxy Unpacked event happening on August 5. It’s been confirmed to really happen but we’re not sure if the Galaxy Fold 2 will be ready by then. The next information we have has something to do with the Galaxy Fan Edition as shared by Chinese leakster Ice Universe. Our source said the Samsung Galaxy Fan Edition will run on Snapdragon 865 processor and will feature a 3.3mm hole, 120Hz refresh rate, and an IP68 rating.

The smartphone will be available in the fourth quarter (Q4) at an affordable price. Of course, affordability is relative but the specs may be worth it. It’s still not clear if the Fan Edition is for the Galaxy S20 or the upcoming Galaxy Note 20 but we already mentioned last month the Samsung Galaxy S20 Fan Edition may be introduced.

The last Samsung Galaxy Note Fan Edition we featured here was back in July 2017. It was launch in South Korea so we’re assuming the next Fan Edition will also be released in its native country. After this Galaxy Fan Edition, we’re curious if the Galaxy Note 20 will still have a Lite edition. The Galaxy Note 10 Lite was released earlier in January so the next version won’t be out until 2021.

The Galaxy Fan Edition will come with a lower price tag. It will be a Lite version with watered-down specs and features. We’re also interested if the phone will come with 5G. It’s a possibility since the Snapgradon 865 features 5G support already.

If this is the Samsung Galaxy S20 Fan Edition, it will probably arrive with a 128GB base memory, Android 10, AND One UI 2.5. It can be assumed it will be ready for Android 11.